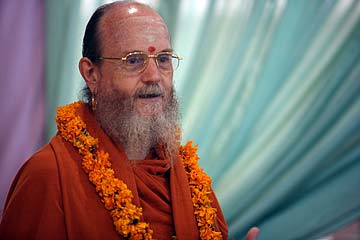 In a busy day at the Aadheenam–aren’t them all?–we bring you a short but soulful TAKA.

Some TAKA editors had to work on other duties today, and ever flexible as a Saiva monastic should be, we responded with our best. In Shum we would say dibanif!

Gurudeva taught us the art of dibanif, a Shum word that simply explained means completely withdrawing your awareness from one thing and then completely diving into another. 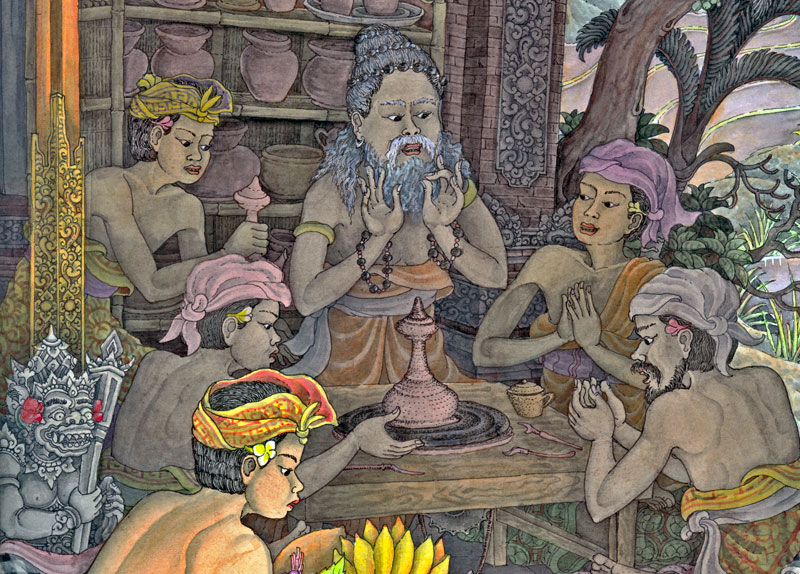 A beautiful painting from I Wayan Marya illustrates another important monastic tradition from our shastras:

306 ¶The apprentice looked at the artisans and executives as the earthly channels to bring through that which was already finished on the inner planes, ones who have the direct communication with the devas of creation, ones who will open inner doors so that precise skill begins to come and unfold within them. Therefore, each of the apprentices approached his artisan or executive in a very humble and open way, being careful never to relate to him as a physical person or to seek special favors from him that the others did not receive. The artisans and executives were very careful also that they did not show any favoritism among their apprentices. This allowed each one to qualify himself only by his skills. Each artisan and executive, though of different natures, some in yellow or white and some in orange, distinguished themselves by their skills and abilities to pass them on in a transparent and humble way to others. For there was only one reward, that of excellence and precision in what they did produce, and all credit was given to the devas and the Gods.

This entry was posted on Wednesday, January 7, 2009 at 11:33 pm and is filed under Uncategorized. You can follow any responses to this entry through the RSS 2.0 feed. You can skip to the end and leave a response. Pinging is currently not allowed.