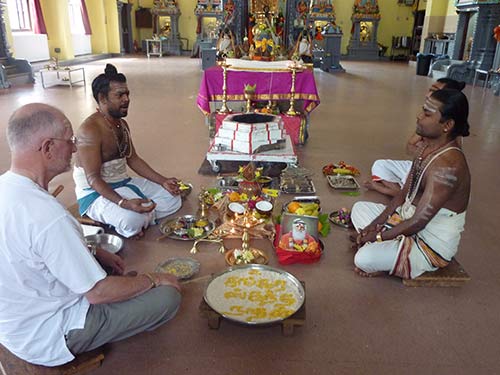 Roger Brown has completed his formal conversion to Saivite Hinduism and was formally inducted into the Hindu faith on today at a Namakara Samskara held the Murugan temple in Highgate, London. Here he is with three priests and Gurudeva presiding. 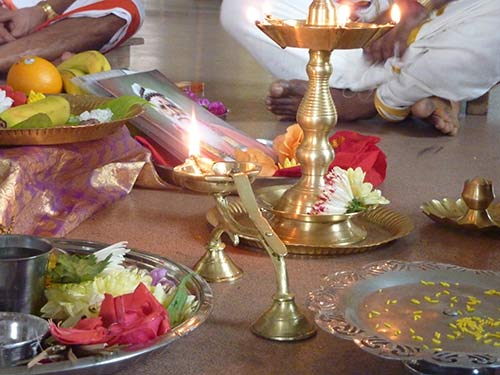 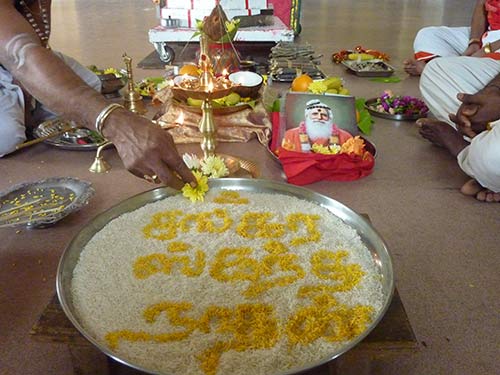 The priests had previously written his name in the rice in Tamil and he traced over the letters and then walked around the fire three times and the priest then offered his tray over the homa fire. Sankar has complete his legal name change as well. 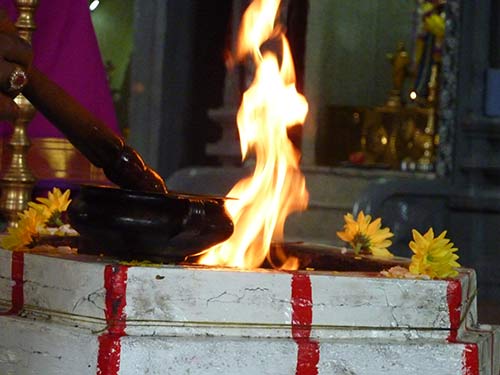 Welcome to Sankar Skandanatha! He has completed Level Two of the master course having started his study in 2007 and now will move on to Level Three.

This entry was posted on Tuesday, July 27, 2010 at 7:02 pm and is filed under Uncategorized. You can follow any responses to this entry through the RSS 2.0 feed. You can skip to the end and leave a response. Pinging is currently not allowed.