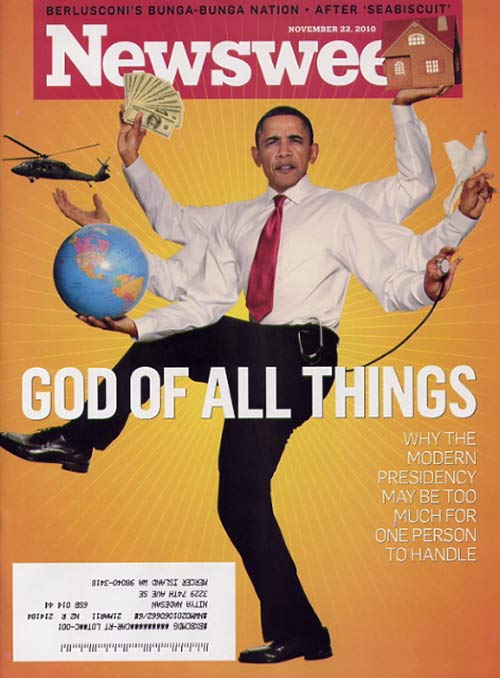 We could not resist posting this cover of Newsweek.

Nitya Nadesan who sent it to us, echos the sentiments of many of us:

Please see attached. I find it fascinating the way the media appropriates our Hindu iconography.

This entry was posted on Tuesday, November 16, 2010 at 6:50 pm and is filed under Publications. You can follow any responses to this entry through the RSS 2.0 feed. You can skip to the end and leave a response. Pinging is currently not allowed.