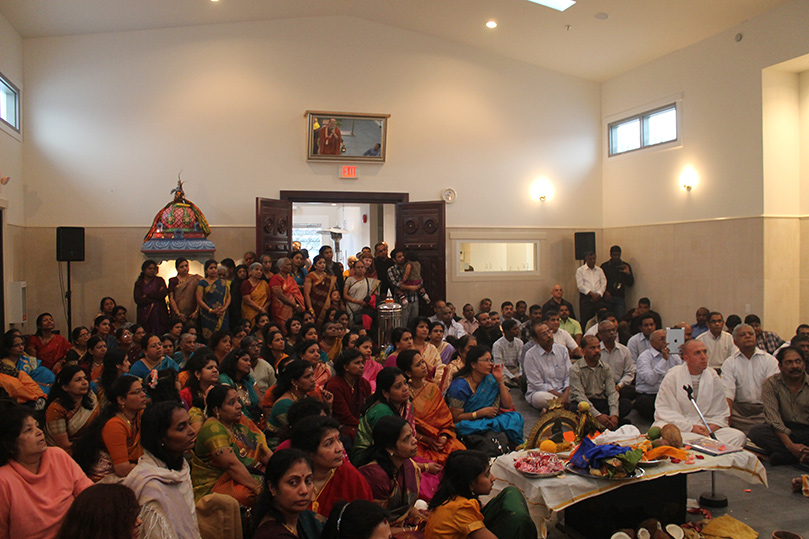 Wednesday was the final day of the Kumbhabhishekam, with a Homa to further sanctifying the main kumbhas, which included extensive nyasa (touching with mantras) and then moving each of the atma, vidya and Siva tattva groups from the homa into the murtis. Then and Abhishekam of the shrine spires and murtis. They Concluded with deepa alankaram, arcana and arati. When the curtain was closed Bodhinatha gave a 20 minute talk. Attendance at any one time was about two hundred, with devotees coming and going as the events were all on weekdays, so many had to work.
In the evening Bodhinatha was at the peace center, with Jeffrey Armstrongs Vedic Academy. There were probably 70-80 people, half of whom were his regulars, and half coming to see Bodhinatha. He gave a talk on "A Vision of Siva," about the Saivite concept of Siva and Gurudeva's 1975 San Marga Vision.

This entry was posted on Friday, January 25, 2013 at 2:39 pm and is filed under Travel Missions. You can follow any responses to this entry through the RSS 2.0 feed. You can skip to the end and leave a response. Pinging is currently not allowed.