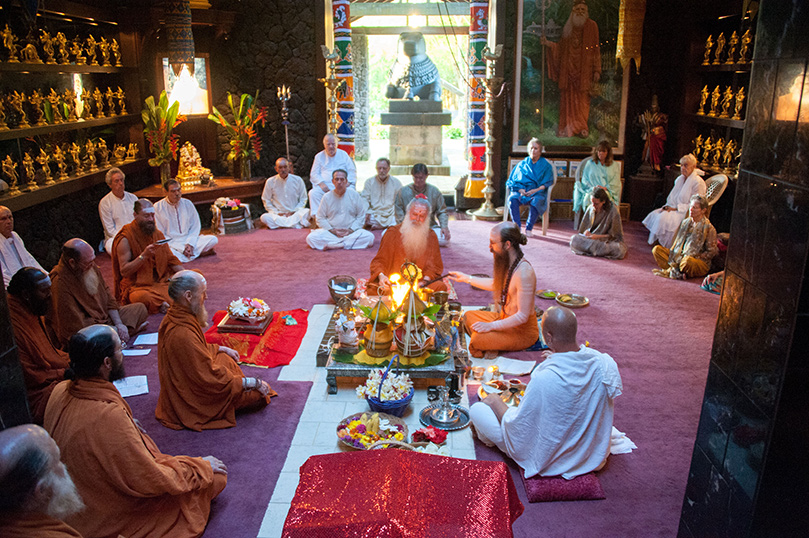 This morning the monastery held a sacred fire ritual to begin the new phase. Satguru Bodhinatha is traveling in Singapore and Malaysia, so Sadasivanathaswami burned the written prayers and gave a short talk in his stead. He discussed the Iraivan carvings that are on their way from Bangalore, which include Hanuman and the statues of the satgurus. He then gave insight into the world of microbiology and the many amazing new discoveries and understandings coming about in new science, in which the microcosm echoes the macrocosm in infinite complexity and inestimable intelligence.

This entry was posted on Sunday, May 19, 2013 at 8:55 pm and is filed under Monastery. You can follow any responses to this entry through the RSS 2.0 feed. You can skip to the end and leave a response. Pinging is currently not allowed.