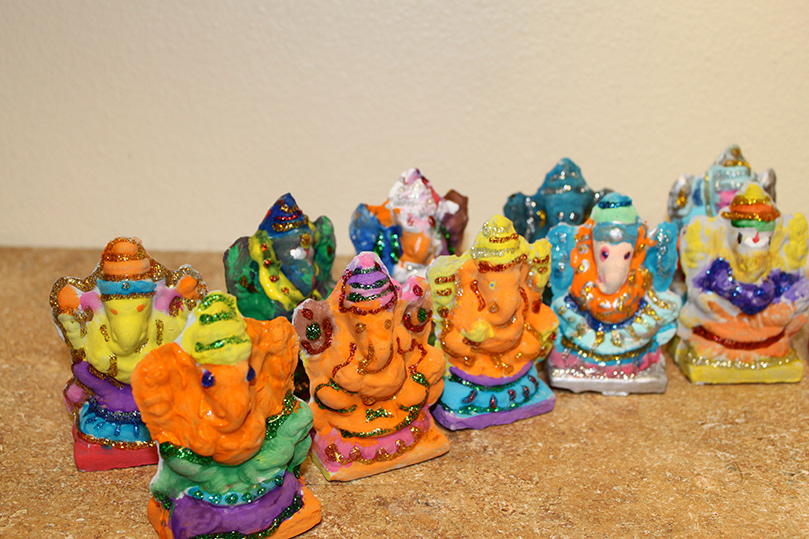 People raise funds for Iraivan Temple construction in many ways. For example, Kartikeya Katir (23) of Davis, California has made Ganeshas, four and eight inches tall, out of clay, for Ganesha Chaturthi (coming up on September 8th) and is selling them for five and ten dollars. He donates proceeds to Iraivan Temple. Sponsors can decorate their Ganesha at home or at a "painting party." It's a perfect activity for kids. Would you like to sponsor a Ganesha this year for yourself or others? A clay Ganesha can be shipped to you if you live in the USA. To order go to ganeshaforvisarjana.com

This entry was posted on Wednesday, August 7, 2013 at 9:36 pm and is filed under Festivals. You can follow any responses to this entry through the RSS 2.0 feed. You can skip to the end and leave a response. Pinging is currently not allowed.