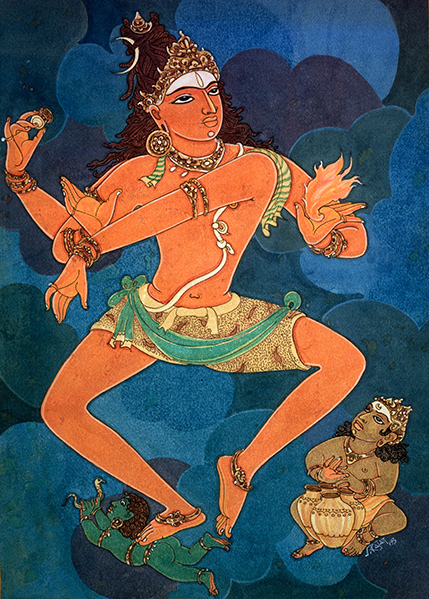 Today marked the moon's passage into the lunar mansion (nakshatra) known as Ardra. Ardra nakshatra is associated with Lord Siva, specifically with the eponymously named star within it. The star known as Ardra is known as Betelgeuse in astronomy, and is 1.5 billion times larger than our sun. Think about that. Keep in mind that our sun is a million times larger than the size of our earth to begin with. This affords us the opportunity to meditate on the microcosm/macrocosm concept. Lord Nataraja's image conveys the constant activity of our natural universe in His dance. It occurs every millisecond within every subatomic particle. This is Parasakti.

This entry was posted on Sunday, July 31, 2016 at 8:40 pm and is filed under Festivals, Gurudeva, Master Course, Monastery, Temples, Theology. You can follow any responses to this entry through the RSS 2.0 feed. You can skip to the end and leave a response. Pinging is currently not allowed.