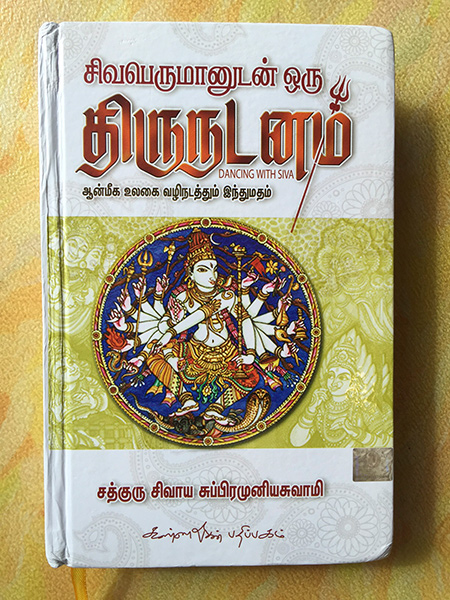 The long-awaited Tamil language version of Gurudeva's Dancing with Siva (renamed Sivaperumanudan Oru Thirunadanam) has been published by Kannadhasan Pathippagam in Chennai. It can be ordered online from the publisher for Rs450 here: bit.ly/TamilDWS. Within India the shipping is free. International orders are sent by courier.

This entry was posted on Monday, August 15, 2016 at 8:14 pm and is filed under Master Course. You can follow any responses to this entry through the RSS 2.0 feed. You can skip to the end and leave a response. Pinging is currently not allowed.

4 Responses to “Dancing with Siva Now in Tamil”