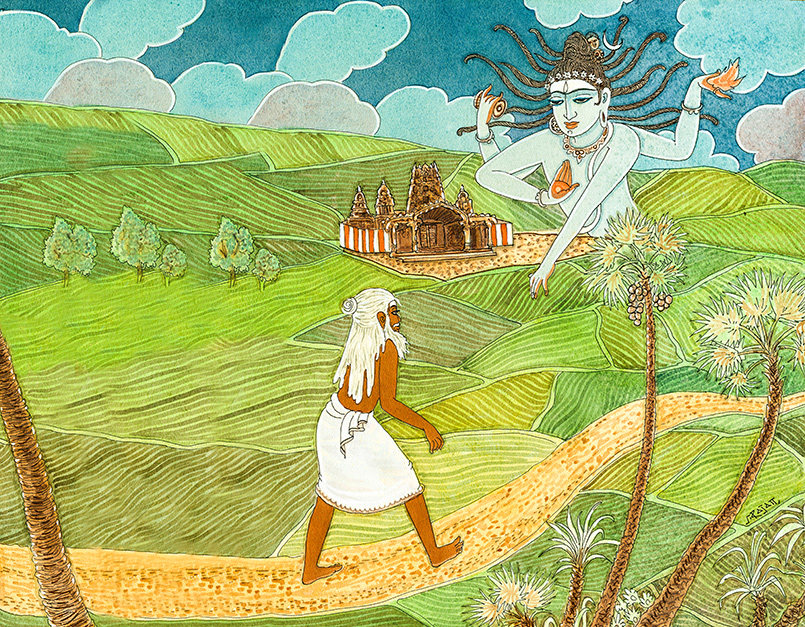 After years of work that began with Book Four of the Saivite Hindu Religion course, Satguru Bodhinatha Veylanswami and the media team have completed a brand new book with 68 questions and answers on Saivite Hinduism for youth. The original Book Four had 35 questions and answers with four different languages. Bodhinatha requested a new version be created with only English. This was to serve as an answer to the often repeated query from numerous parents and teachers: "We need one complete but simple course we can teach for out kids!"

To that end we also reached out to our teachers in four different countries to get a list of additional subjects they felt should be covered because they needed these subjects covered in their classes. As editing began, we realized that one or another concept was missing, and slowly the scope of the book expanded until 68 subjects were included in question and answer form. The design concept was also upgraded to a more modern look and feel to be attract the current generation. We are happy announce the release of this book on Satguru Sivaya Subramuniyaswami's 2016 Mahasamadhi. We know he would be delighted to see his teachings take this new form for the next generation.

The book has already been printed in Malaysia and we have a few copies here. It is gorgeous! The physical copies will not be available until next month in the Minimela store, but in the meantime we have released the ebook versions on line. When the print edition is available we will send another announcement.

Please go here to fetch your PDF, eBook, or Kindle (Mobi) version. We are also including an MSWord DOCX version for teachers who may wish to extract text for classroom worksheet usage contexts.

Click here to down load your copy of: Path to Siva!

This entry was posted on Sunday, October 30, 2016 at 1:24 pm and is filed under Education, Master Course, Publications, Theology. You can follow any responses to this entry through the RSS 2.0 feed. You can skip to the end and leave a response. Pinging is currently not allowed.

7 Responses to “New Book For Youth! Path to Siva Released on Maha Samadhi”