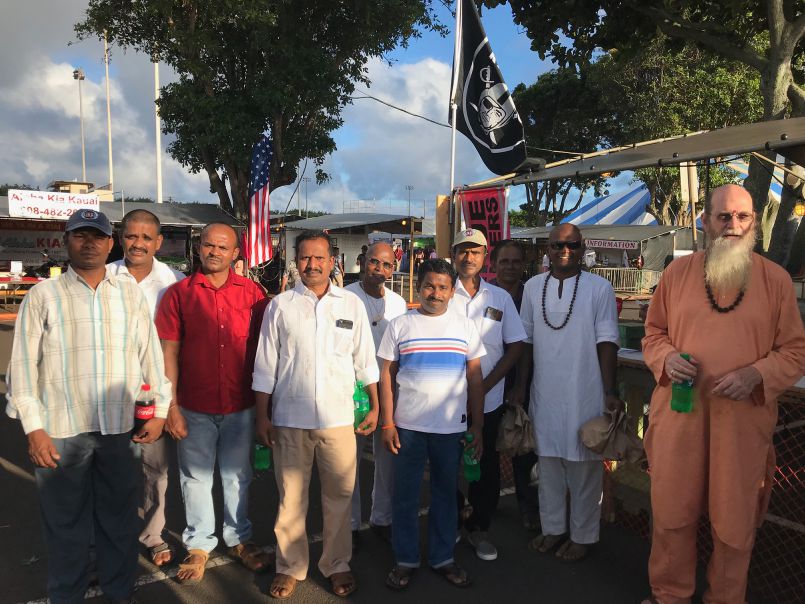 Over the retreat, Acharya Arumuganathaswami and Natyam Dayanatha visited the Kauai Island Farm Fair. This fair is the largest farm fair in Hawaii, and the biggest annual event on Kauai with some 35 to 40 thousand people attending (the island population is only 66,000). Brahmachari Vel Mahalingam, Chinnu, and our Iraivan Temple Silpis came along for the event. While there, our group encountered several local SSC members, including Vel Alahan who was stationed at the "Kauai Grown" booth, giving out samples of the monastery's very own Wailua River Noni Juice.

This entry was posted on Tuesday, August 21, 2018 at 3:11 am and is filed under Farming, Kauai. You can follow any responses to this entry through the RSS 2.0 feed. You can leave a response, or trackback from your own site.