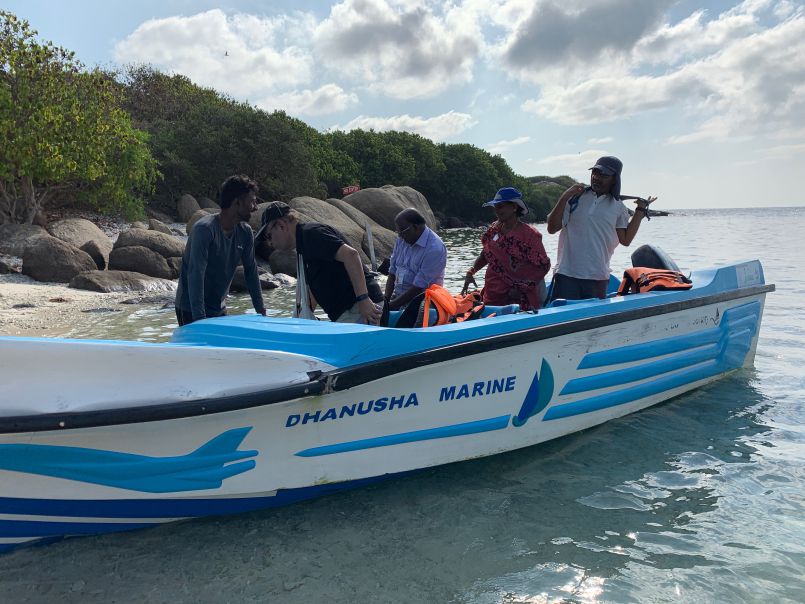 Pigeon Island National Park is one of the two marine national parks in Sri Lanka. The island is small with a total area of 471.4 hectares. The rock pigeon colonized the place and gave it its name. This national park contains some of the best remaining coral reefs of Sri Lanka and has been designated a sanctuary since 1963.

Satguru Bodhinatha Veylanswami had an enthralled group of students for the day's class, under some of the natural shade. Later, pilgrims and monks went snorkeling to swim among the reef's friendly sharks, sea turtles, many of colorful fish and corals.

This entry was posted on Sunday, April 21, 2019 at 3:41 pm and is filed under Bodhinatha, Pilgrimage, Travel Missions. You can follow any responses to this entry through the RSS 2.0 feed. You can leave a response, or trackback from your own site.