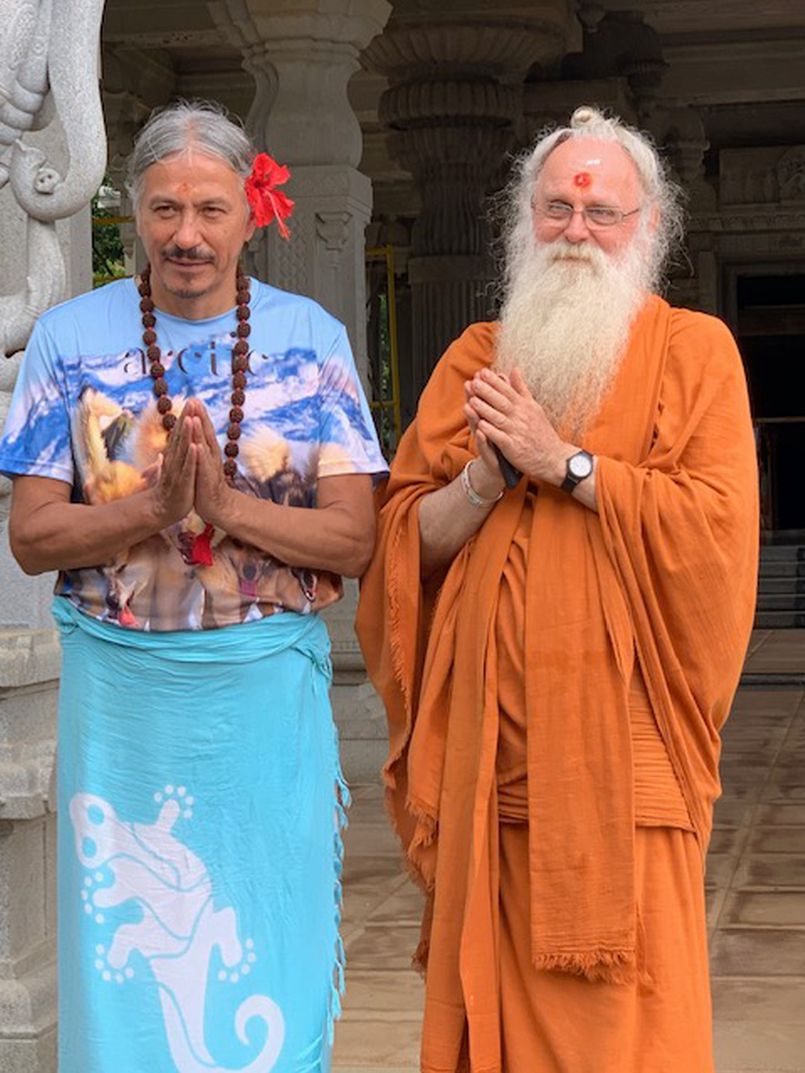 Paramacharya hosted some special guests yesterday morning, from Russia and Greenland, LA and elsewhere. This first photo is of Ole, a native of Greenland, who says his lineage is akin to the Inuit. It was his 60th birthday and he was happy to spend it in a sacred space.

We learned there are no trees in all of Greenland (though it is fully 50% the size of the United States) as it is 85% covered with ice. Well, there are some trees planted in recent years by botanists, but precious few. The group is doing work to protect the Arctic, including a recent release of their documentary starring Mikhail Gorbachov whom Gurudeva met in 1990 at the Global Form for Human Survival. All enjoyed the story of "the Aum in the Kremlin," and Gurudeva's insight that this helped break up the old Soviet Union, just months later.

This entry was posted on Thursday, June 27, 2019 at 4:12 pm and is filed under Pilgrimage. You can follow any responses to this entry through the RSS 2.0 feed. You can leave a response, or trackback from your own site.

2 Responses to “Visitors from Greenland”