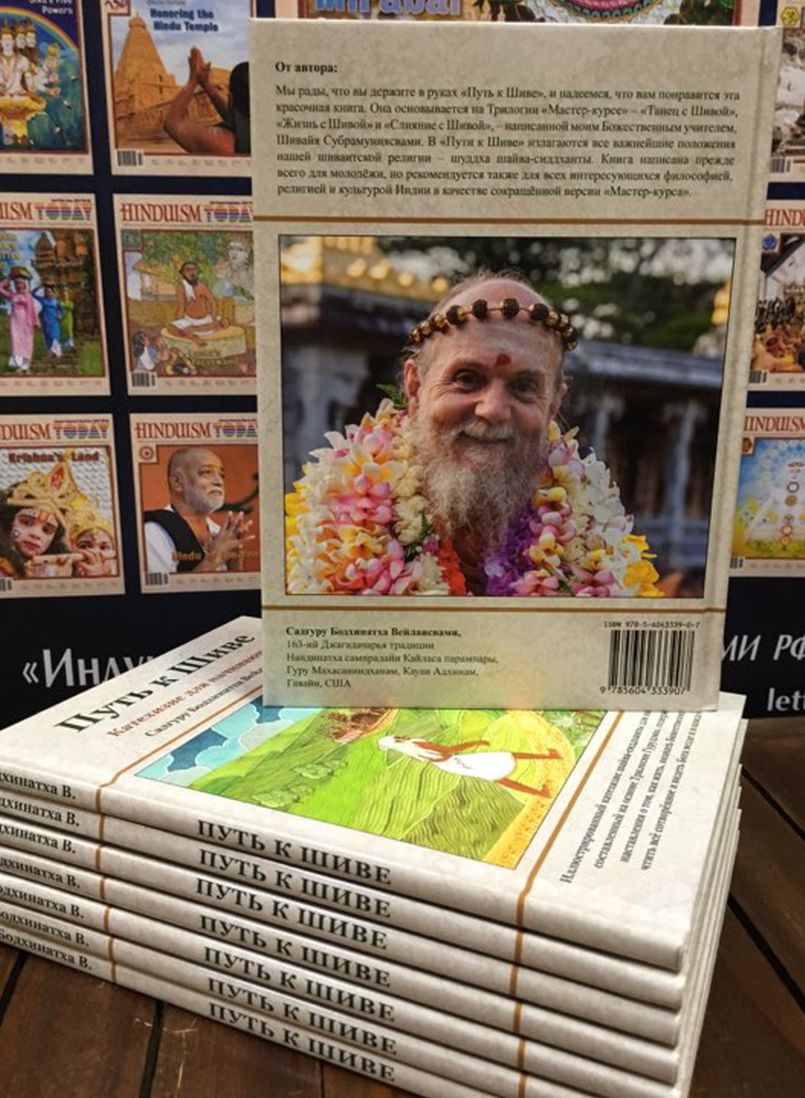 On the first day of Ganesha Chaturthi, Dinanatha and his team in Moscow received their new copies of the Russian language version of Path to Siva from their printer. He and his team had been working tirelessly to have the book ready by the time of Satguru's recent visit but it had hit some minor delays. Looks like Ganesha wanted it to arrive on His special day instead! Aum.

This entry was posted on Wednesday, September 4, 2019 at 3:27 pm and is filed under Publications. You can follow any responses to this entry through the RSS 2.0 feed. You can leave a response, or trackback from your own site.

4 Responses to “Path to Siva in Russian”