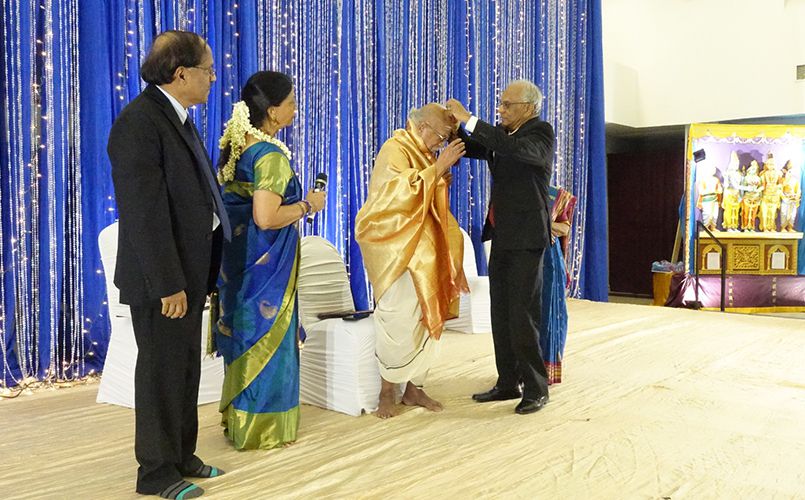 In special ceremony at the Sri Meenakshi Temple in Texas, Sivasri Thangam Bhattar received the Hindu to the Year Award for 2018. That award says:

Presented by the editors of Hinduism Today to the Hindu of the Year, Sivasri Thangam Bhattar, for his life-long dedication to the Adi Saiva tradition and pioneering emigration, first to Singapore and Malaysia, then permanently to America to inaugurate and serve in one of the country's first Hindu temples, the Sri Meenakshi Temple of Pearland, Texas, and later the Hindu Temple of New Orleans.

This entry was posted on Wednesday, September 11, 2019 at 5:41 pm and is filed under Hinduism Today Magazine. You can follow any responses to this entry through the RSS 2.0 feed. You can leave a response, or trackback from your own site.