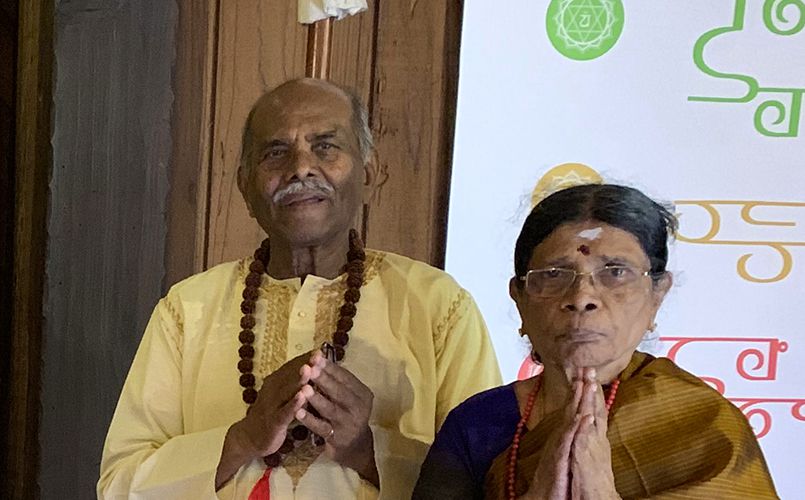 It was about 1977 when Gurudeva went to India and met Mr. Lakshmanan Nellaiappan. At that time he was working for The Tamil Nadu Handicrafts Development Corporation, aka "Poombuhar". Through Poombuhar, (established on 1973 http://tnpoompuhar.org ) all the artists and craftsmen in Tamil Nadu were supported and found a venue for theirs creations to reach the world.

Gurudeva, besides working for the Hindu Renaissance through his books and Hinduism Today, felt it was important to bring the art of the Hindu tradition, to the west. So it was that the first statues of Tiruvalluvar and Tirumular that are now outside the courtyard where the have meals, were first commissioned and through Nellaiappan help and guiding hand, were brought to Hawaii/America.

During that time he has helped with countless projects from getting robes shipped for the monks, helping arrange the India programs for Innersearch, sending products for http://Minlmela.com, facilitating communications with craftsmen... the list of what Nellaiappan has accomplished goes on and on.

This entry was posted on Friday, October 4, 2019 at 4:48 pm and is filed under Pilgrimage. You can follow any responses to this entry through the RSS 2.0 feed. You can leave a response, or trackback from your own site.

3 Responses to “Nellaiappan and Maragatham, 40+ Years of Service!”