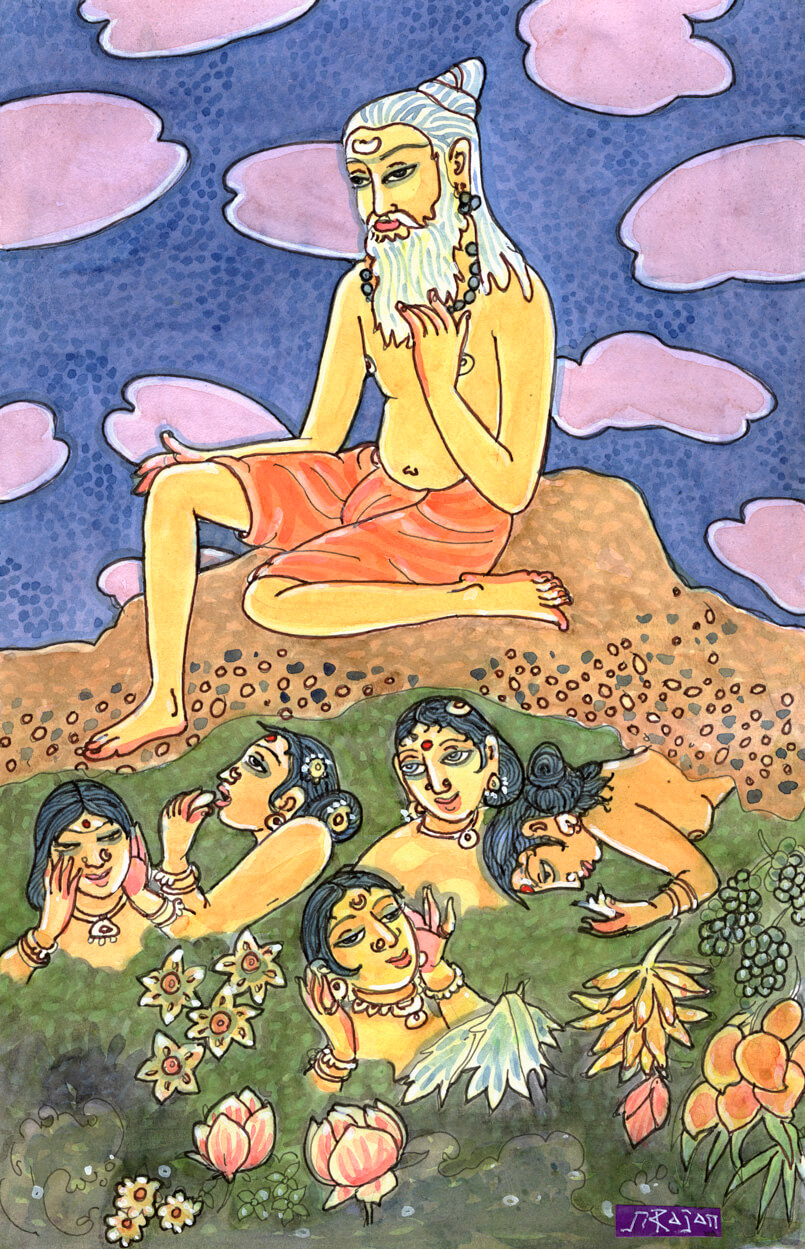 The Greatness of Renunciates

A sadhu is seated on the mountaintop his right leg raised over a rock. The five senses of human consciousness are personified below him, senses he has perfectly controlled. Touch, taste, sight, smell and hearing.

The Scriptures exalt above every other good
the greatness of virtuous renunciates.

Attempting to speak of the renunciate’s magnitude is like
numbering all the human multitudes who have ever died.

Behold those who have weighed the dual nature of things and
followed the renunciate’s way. Their greatness illumines the world.

He whose firm will, wisdom’s goading hook, controls his five senses
is a seed that will flourish in the fields of Heaven.

Such is the power of those who subdue the five senses, that even Indra,
sovereign of spacious Heaven’s celestials, suffered their curse.

Touch, taste, sight, smell and hearing are the senses–
he who controls these five magically controls the world.

Their own subtle sayings reveal to the world
the greatness of men whose words prove prophetic.

It is impossible to endure, even for a second, the wrath of those
who have scaled and stand upon the mountain called virtue.

Pious men are called the priestly ones,
for they are clothed in robes of compassion for all life.

This entry was posted on Monday, December 30, 2019 at 9:30 am and is filed under Publications. You can follow any responses to this entry through the RSS 2.0 feed. You can leave a response, or trackback from your own site.