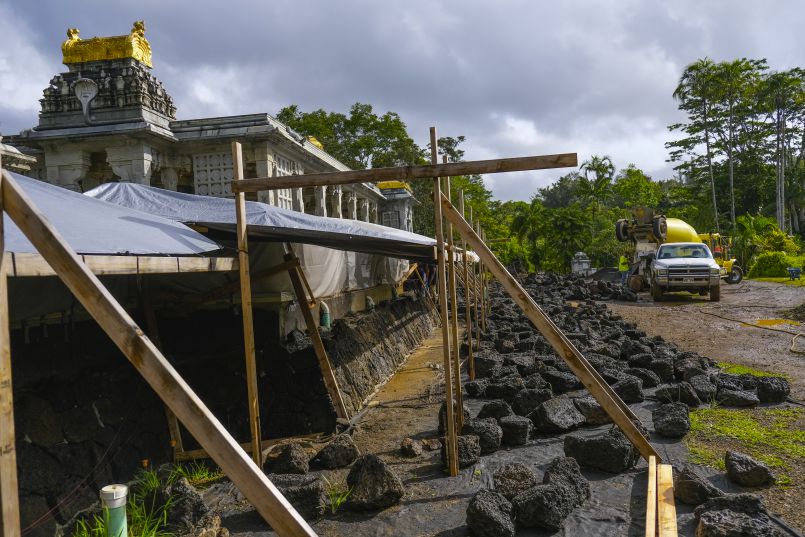 Today our team from Innov8 Construction made quick progress on Iraivan Temple's Lava Rock plinth. The upper layers of lava rock along the Temple's east side had been set, awaiting two truck-loads worth of concrete to be filled in behind them. Umut and his team arrived early to set up. Once the truck arrived the first half of the team managed the pump while others followed along making sure that the concrete fully filled in correctly, and also finishing the top in such a way that the next layer of stone could be added correctly. Umut tells us that the final layer of stone will be added with hand-mixed concrete and extra attention to detail. On the West side of the temple, the first layer of stones is now complete. The plinth is a major part of the temple structure and should be completed in a couple of months.

This entry was posted on Friday, July 10, 2020 at 4:56 pm and is filed under Construction, Temples. You can follow any responses to this entry through the RSS 2.0 feed. You can leave a response, or trackback from your own site.