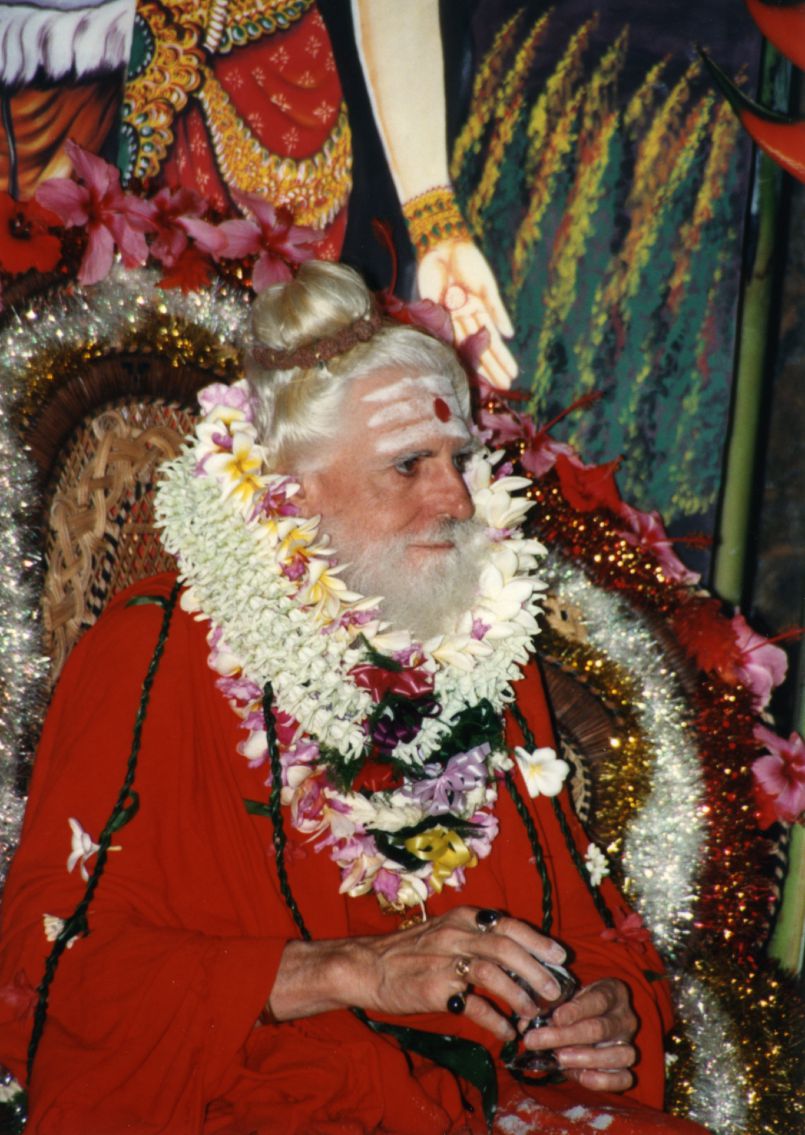 Our monks concluded their last phase with this month's chitra padapuja to Gurudeva (and thankfully not with a hurricane). Yogi Jayanatha and Yogi Dayanatha performed the morning abhishekam while other monks chanted Sri Rudram. This was the 250th chitra puja since Gurudeva's Mahasamadhi in 2001. Aum Namah Sivaya.

"Out of the microcosm ever comes the macrocosm. Out of Paraśiva—which is timeless, causeless and formless—ever comes all form. This is the great mystery without a reason why. Out of pure consciousness ever comes the light which binds all form together in specific bondage, individualizing forms, souls, one from another. This is ever happening, as simultaneously struggling souls remove their bondage through the grace of God Śiva to come into Satchidānanda, later to be absorbed into Paraśiva. This, too, is a great mystery without a reason why. The existence called Paraśiva pervades the infinite Satchidānanda, sustaining it just as the Divine Light of God Śiva’s mind pervades and sustains the gross forms of this world. Paraśiva does not create Satchidānanda, yet Satchidānanda is sustained because of the existence of nonexistence"

This entry was posted on Wednesday, July 29, 2020 at 3:50 pm and is filed under Gurudeva. You can follow any responses to this entry through the RSS 2.0 feed. You can leave a response, or trackback from your own site.