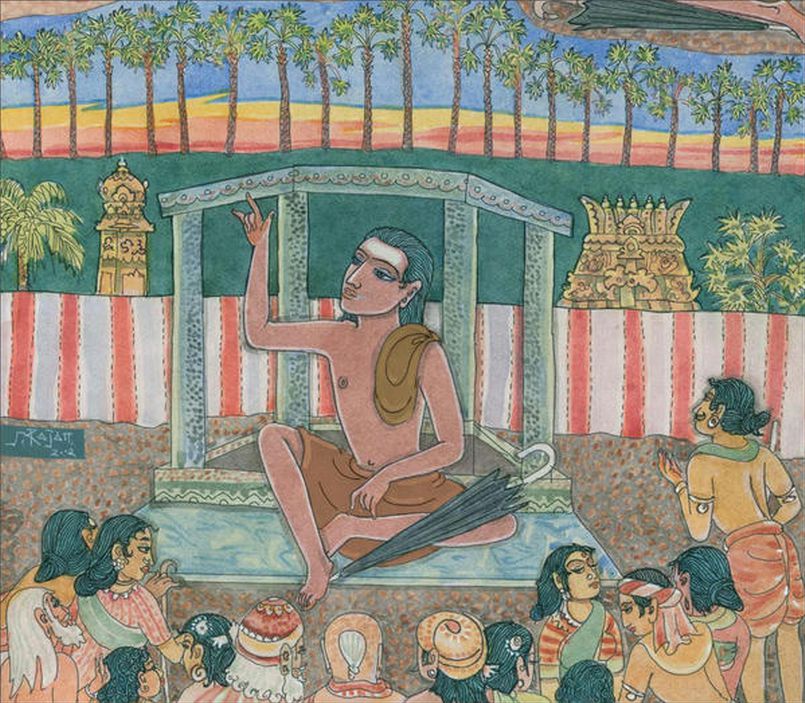 Today we observe the mahasamashi day of Kadaitswami, the dynamic kailasa satguru who revived Saivism in Catholic-dominated Jaffna, Sri Lanka, in the 1800's. Kadaitswami was described as lean and tall, dressed in a dark veshti, carrying an umbrella under his arm. They say he was six feet four inches tall, had curly hair, piercing eyes and a long, pointed nose; his body was gangly, but well formed and of charming appearance. His upadeshas about the greatness of Saivism inspired renewed devotion in the people, who were accustomed to hearing sermons only from the Christian fathers seeking to convert them. Not for a long time had someone stood so boldly in public and said what was in their heart of hearts. Kadaitswami became the voice of their heritage, the protector of Saiva dharma, as he boldly reminded them of the beauties and potencies of their born faith. Over the years, tens of thousands heard him speak from the Vannarpannai platform, and large numbers of those were reinspired to hold fast to their ancient ways of Saivite Hindu life.

During the last few years of his life, Kadaitswami took a liking to a small, privately owned temple to Lord Nataraja in Neeraviady, a few kilometers from the marketplace. A hut was built for him in the compound behind the temple, where he stayed. This became his domain, a place of solitude and communion. He declared to his followers, “This is Chidambaram.”

It was at this spot, on October 13, 1891, Shatabhishak nakshatra, that Kadaitswami made his Great Departure from this Earth plane. Kulandaivelswami was with him in those final moments. He had instructed his shishyas to inter his body in a crypt, as is often done with illumined souls. Kulandaivelswami oversaw the samadhi ceremony and entombment at the site of his hut. Soon afterwards, a large stone was placed on the spot, and pujas to it were regularly conducted by devotees. A year later, in 1892, in keeping with Swami’s orders, a sizable temple was built enshrining a Sivalingam from Benares, India, which took the place of the large stone.

Nearly a century later, when the samadhi temple had fallen into disrepair, a group of boys who played cricket nearby began having dreams about a tall, slim man who told them they should restore the structure. When the parents heard about the dreams, they realized it was Kadaitswami the boys had seen and told them not to play there anymore. The boys rallied together, involved the Chettiar community and in the early 1980s began renovating the temple.

In 1983, during Satguru Sivaya Subramuniyaswami’s last visit to Jaffna, the Kadaitswami Temple committee, mostly youth, invited him to set the first stone for a new tower above the sanctum. He climbed a rickety, bamboo ladder to the top, set the stone and a small puja was performed. The renovations continued and the final consecration ceremony was held in 1985.

To celebrate the day, Chinnu prepared a special feast for the monks, which included papadams, vadai, and payasam: 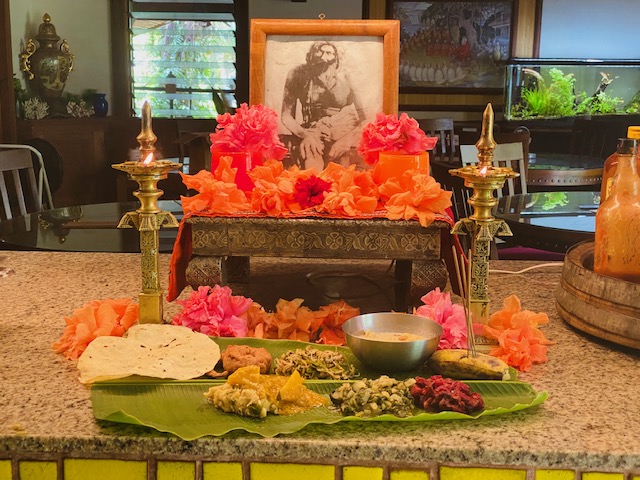 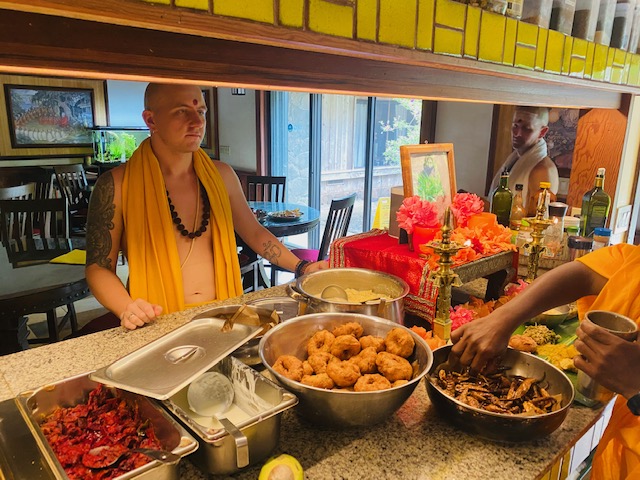 This entry was posted on Monday, September 28, 2020 at 12:41 pm and is filed under Monastery. You can follow any responses to this entry through the RSS 2.0 feed. You can leave a response, or trackback from your own site.