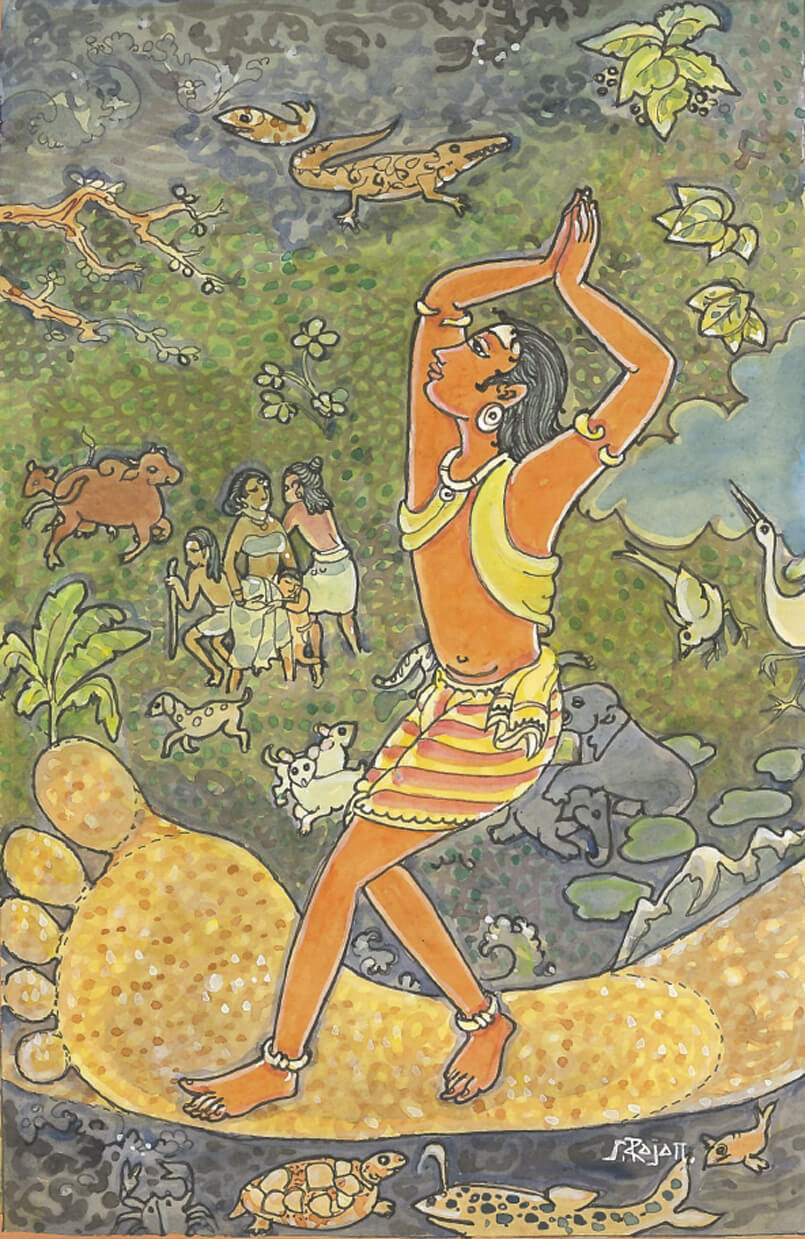 Verse 108
Standing in the golden footstep of God Siva with his arms raised high above his head in thanks for the magnificence of creation, a devotee exudes gratitude for all the things he never asked for but were given to him.

The bounty of Heaven and Earth are scant repayment
for help rendered though no help was received.

A kindness done in the hour of need may itself be small,
but in worth it exceeds the whole world.

When help is given by weighing the recipient’s need
and not the donor’s reward, its goodness is greater than the sea.

While aid may outwardly seem as puny as a mustard seed,
those who know will deem it as imposing as a towering palm.

Help rendered another cannot be measured by the extent of
assistance given. Its real measure is the recipient’s worthiness.

Never forget fellowship with pure souls,
nor forsake friendship with those who aided you in adversity.

For seven lives in seven bodies the grateful will remember
friends who relieved their anguish and affliction.

It is improper to ever forget a kindness,
but good to forget at once an injury received.

The deadliest injury is effaced the moment
the mind recalls a single kindness received from the injurer.

Having killed every kind of goodness, one may yet be saved,
but there is no redemption for those who let gratitude die.

This entry was posted on Monday, November 23, 2020 at 9:30 am and is filed under Publications. You can follow any responses to this entry through the RSS 2.0 feed. You can leave a response, or trackback from your own site.