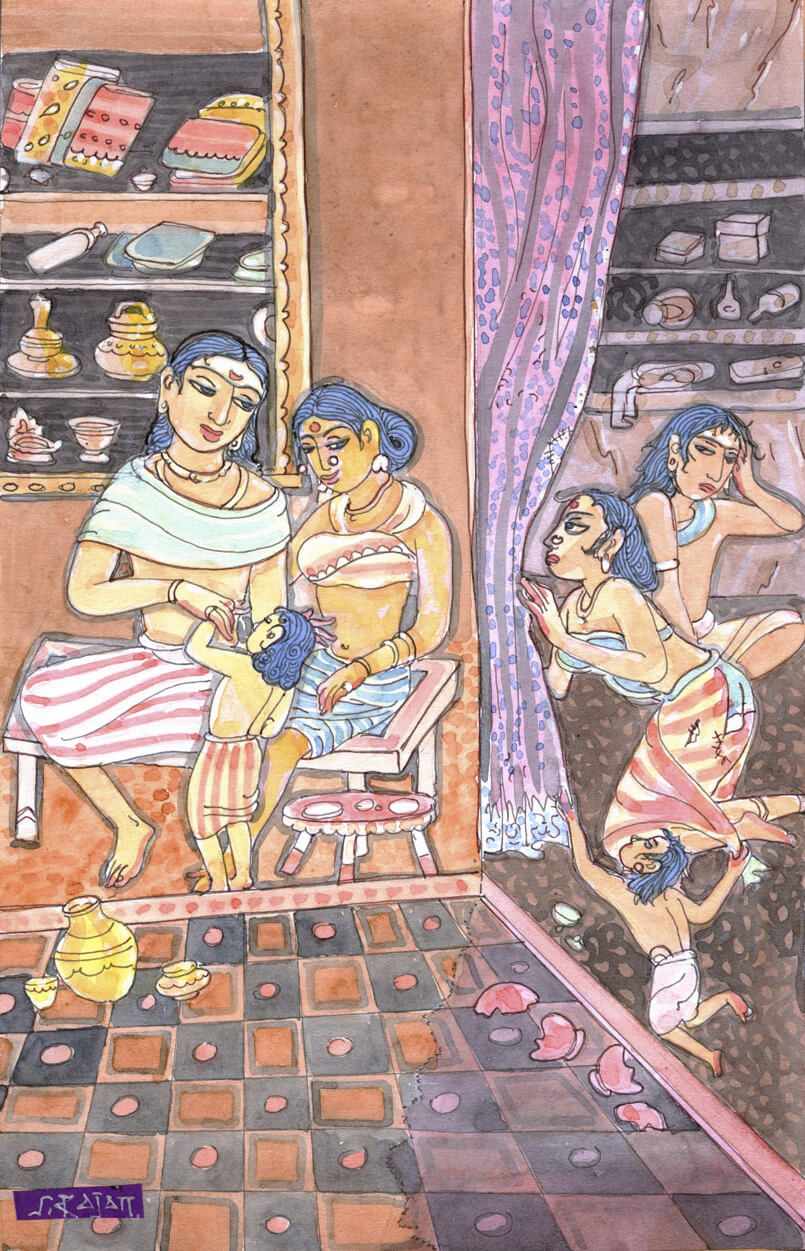 Verse 166
There is a room filled with beautiful objects and in it a family finds contentment. In the adjoining apartment an impoverished woman is hiding behind the curtain, envious of her neighbors. Her husband has his hand on his head to indicate suffering and the children are pulling at her clothes.

The unenvious heart is to be valued
no less than virtuous conduct itself.

Among the many precious things a man may acquire,
none surpasses a nature free from envy toward all.

They say he who is jealous instead of joyous of another’s wealth
clearly desires no wealth or virtue of his own.

Envy will never cause one to commit wrongful deeds
who rightly fathoms the disgrace that follows.

A man’s own envy is foe enough to forge his ruin,
even if he has no other enemies.

Whoever begrudges another’s bounty will watch
his kindred die in poverty, naked and starving.

Goddess Fortune, intolerant of those who cannot tolerate others’
success, introduces them to her sister, Misfortune, and goes away.

The wicked one called Envy consumes this world’s wealth,
then consigns sinners to those worlds of hellish fire.

It is worth pondering why good men may be poor
while the envious in heart can prosper.

There are no envious men who have risen to prosperity.
There are no men free from envy who have fallen from it.

This entry was posted on Monday, January 4, 2021 at 9:30 am and is filed under Publications. You can follow any responses to this entry through the RSS 2.0 feed. You can leave a response, or trackback from your own site.

One Response to “Tirukural – Chapter 17”