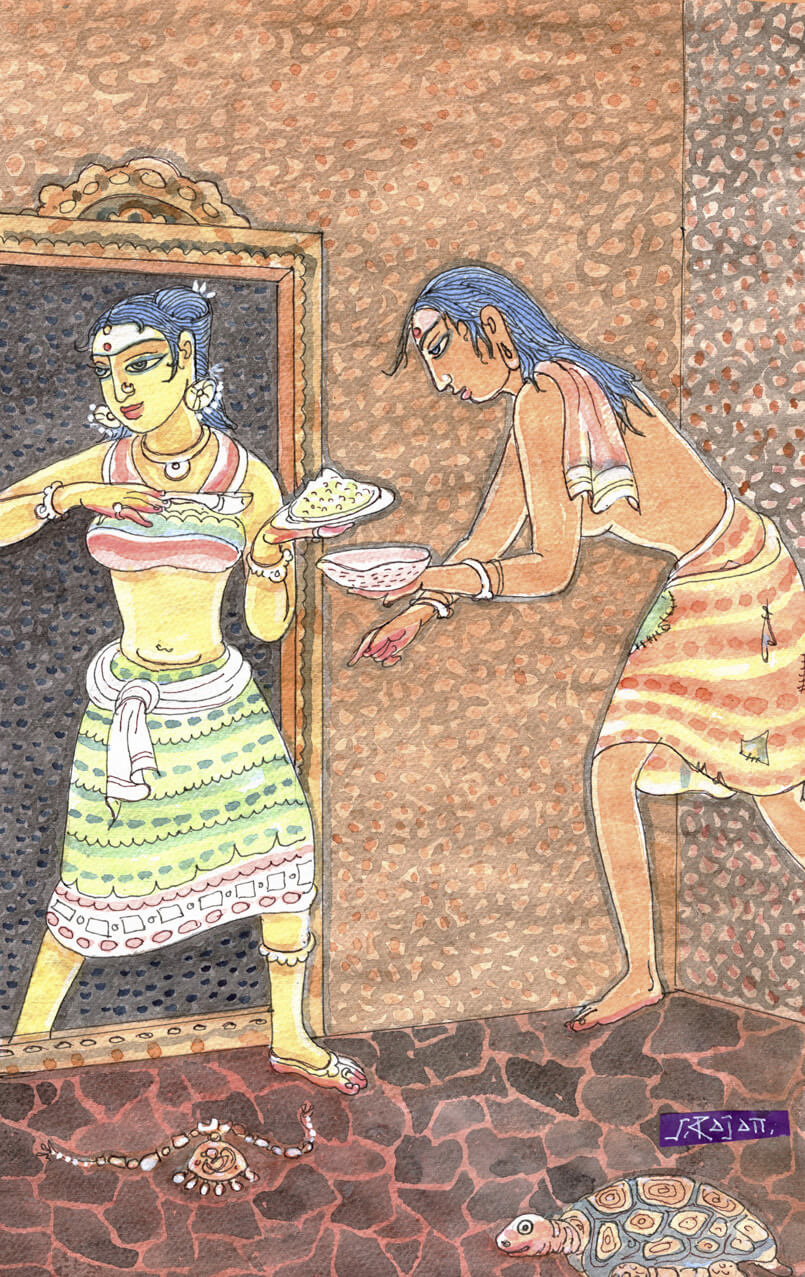 A beggar has come to the door of a woman who brings him a savory bowl of food. Though impoverished, he points out a valuable necklace she has dropped, showing he does not wish another’s wealth to be his. A tortoise rests nearby, his limbs withdrawn into his shell, a metaphor for withdrawing the senses of desire.

In the very attempt to wrongly gain another’s wealth,
a man forfeits his family’s future and his own faultlessness.

Those who seek immortal bliss will not succumb
to immoral deeds that follow desire for fleeting delights.

With senses conquered and sight unclouded by depravity,
one will not wish for others’ wealth, even in destitution.

What avails a man’s subtle and comprehensive learning,
if, crazed by covetousness, he treats others insensibly?

Desiring grace and doing his duty, a man who desires wealth
but acquires it wrongly is destroyed nevertheless.

Do not seek the fortune that greed gathers,
for its fruit is bitter on the day of enjoyment.

To protect one’s own prosperity from decline,
one must not crave the property held by others.

Just as wise men know the goodness of noncoveting,
so Fortune Herself knows their goodness and draws near.

There is a thoughtless desire for others’ things that is destructive.
There is a mindful pride that, in refusing to covet, is triumphant.

This entry was posted on Monday, January 11, 2021 at 9:30 am and is filed under Publications. You can follow any responses to this entry through the RSS 2.0 feed. You can leave a response, or trackback from your own site.