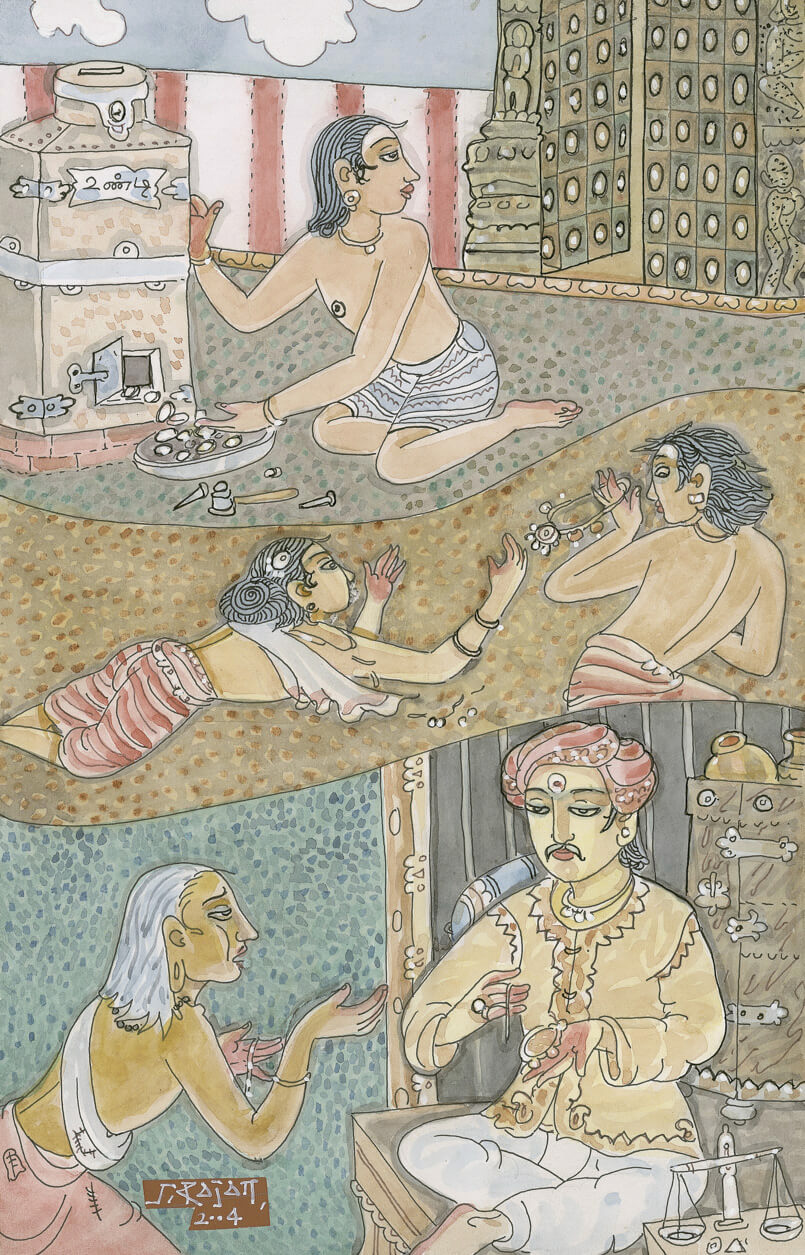 Verse 284
Here we see various forms of stealing. A teenager breaks into the temple lockbox, another snatches jewelry from a hapless woman and a third, the owner of a pawnshop, is cheating an old woman of her jewelry‚Äôs true value.

He who wishes not to be scorned by others
guards his own mind against the slightest thought of fraud.

A fortune amassed by fraud may appear to prosper
but will all too soon perish altogether.

Taking delight in defrauding others yields the fruit
of undying suffering when those delights ripen.

Benevolent thoughts and kindly feelings flee from those
who watch for another’s unwatchfulness to swindle his property.

The dark deceits of fraud cannot be found
in those who desire the greatness called virtue.

Men who know nothing but deception die a little
each time they contrive their crooked deeds.

Even the life in his body will abandon him who cheats others,
while Heaven itself never forsakes those who are honest.

This entry was posted on Monday, March 29, 2021 at 9:30 am and is filed under Publications. You can follow any responses to this entry through the RSS 2.0 feed. You can leave a response, or trackback from your own site.

One Response to “Tirukural – Chapter 29”