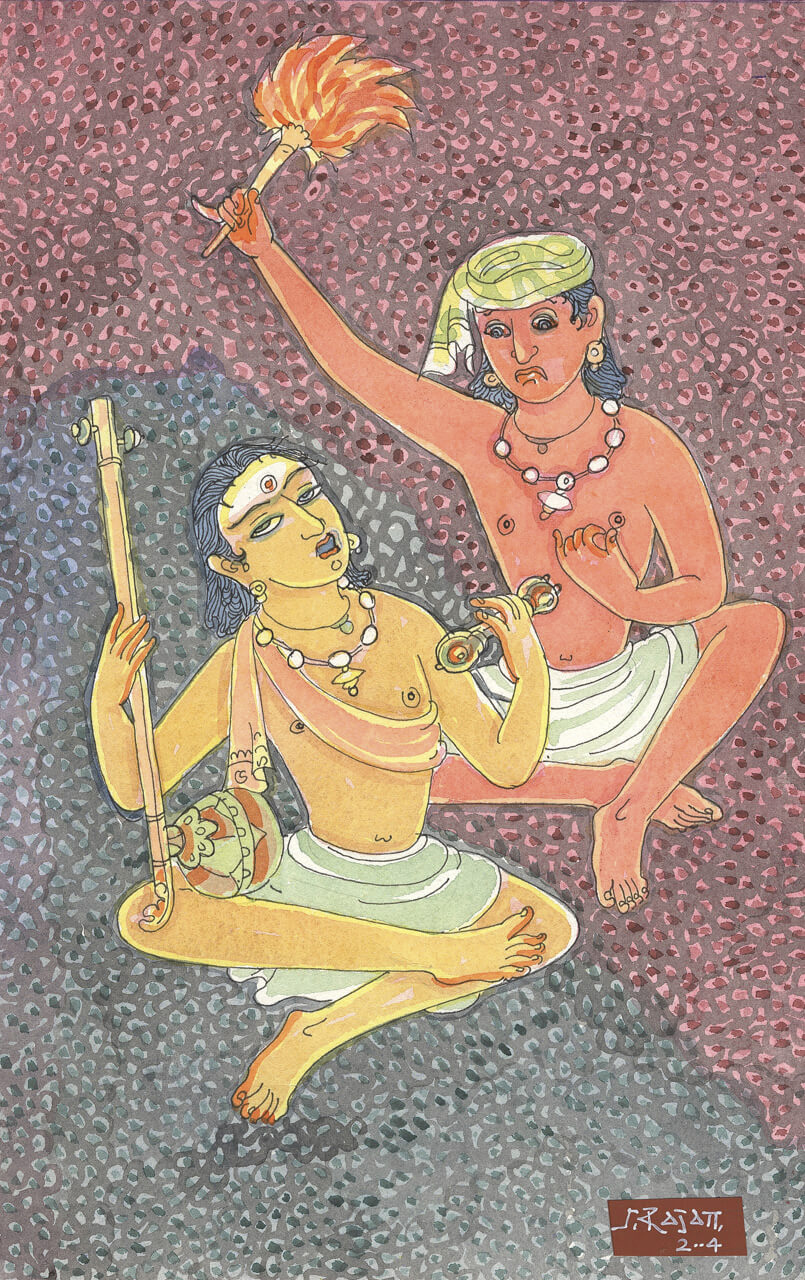 Verse 304
On the left a musician is smiling, singing happily for there no anger in his mind. Behind him, with the sad, contorted face made that way by anger, a man holds a fiery torch, which represents the flames of his anger.

It is restraint that restrains rage when it can injure.
If it cannot harm, what does restraint really matter?

Wrath is wrong even when it cannot cause injury,
but when it can, there is nothing more evil.

Forget anger toward all who have offended you,
for it gives rise to teeming troubles.

Anger kills the face’s smile and the heart’s joy.
Does there exist a greater enemy than one’s own anger?

If a man be his own guard, let him guard himself against rage.
Left unguarded, his own wrath will annihilate him.

Anger’s fire engulfs all who draw near it,
burning even friends and family who risk rescue.

As a man trying to strike the ground with his hand can hardly fail,
just as surely will one who treasures his temper be destroyed.

Though others inflict wrongs as painful as flaming torches,
it is good if a man can refrain from inflammatory tantrums.

If hostile thoughts do not invade his mind,
all his other thoughts may swiftly manifest.

This entry was posted on Monday, April 12, 2021 at 9:30 am and is filed under Publications. You can follow any responses to this entry through the RSS 2.0 feed. You can leave a response, or trackback from your own site.