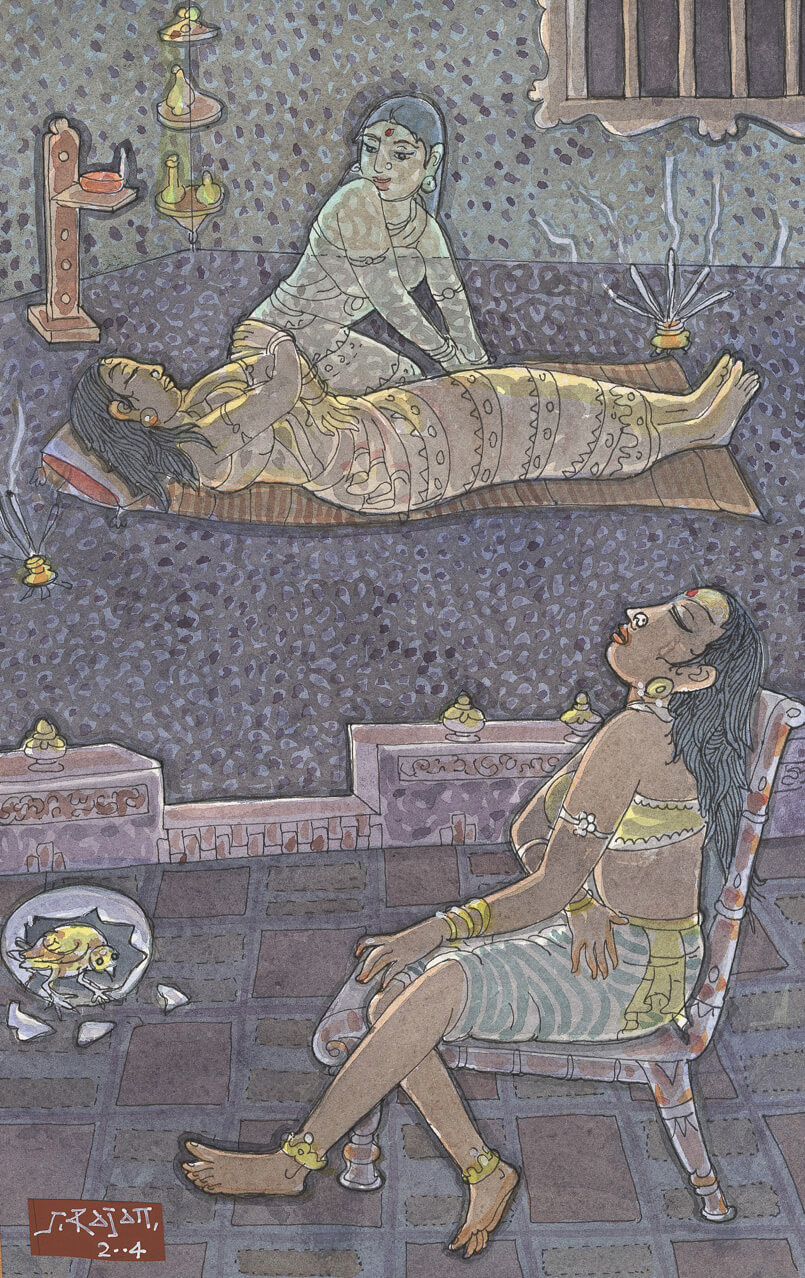 Chapter 34: Impermanence of All Things

Verse 338
A chick breaks out of a shell, leaving it behind as he discovers the world. Nearby a woman meditates on her own attachment to the physical body, a shell which she realizes she will one day leave.

There is no baser folly than the infatuation
that looks upon the ephemeral as if it were everlasting.

Amassing great wealth is gradual, like the gathering of a theater
crowd. Its dispersal is sudden, like that same crowd departing.

Wealth’s nature is to be unenduring.
Upon acquiring it, quickly do that which is enduring.

Though it seems a harmless gauge of time, to those who fathom it,
a day is a saw steadily cutting down the tree of life.

Do good deeds with a sense of urgency,
before death’s approaching rattle strangles the tongue.

What wondrous greatness this world possesses–
that yesterday a man was, and today he is not.

Men do not know if they will live another moment,
yet their thoughts are ten million and more.

The soul’s attachment to the body is like that of a fledgling,
which forsakes its empty shell and flies away.

Not yet settled in a permanent home,
the soul takes temporary shelter in a body.

This entry was posted on Monday, May 3, 2021 at 9:30 am and is filed under Publications. You can follow any responses to this entry through the RSS 2.0 feed. You can leave a response, or trackback from your own site.