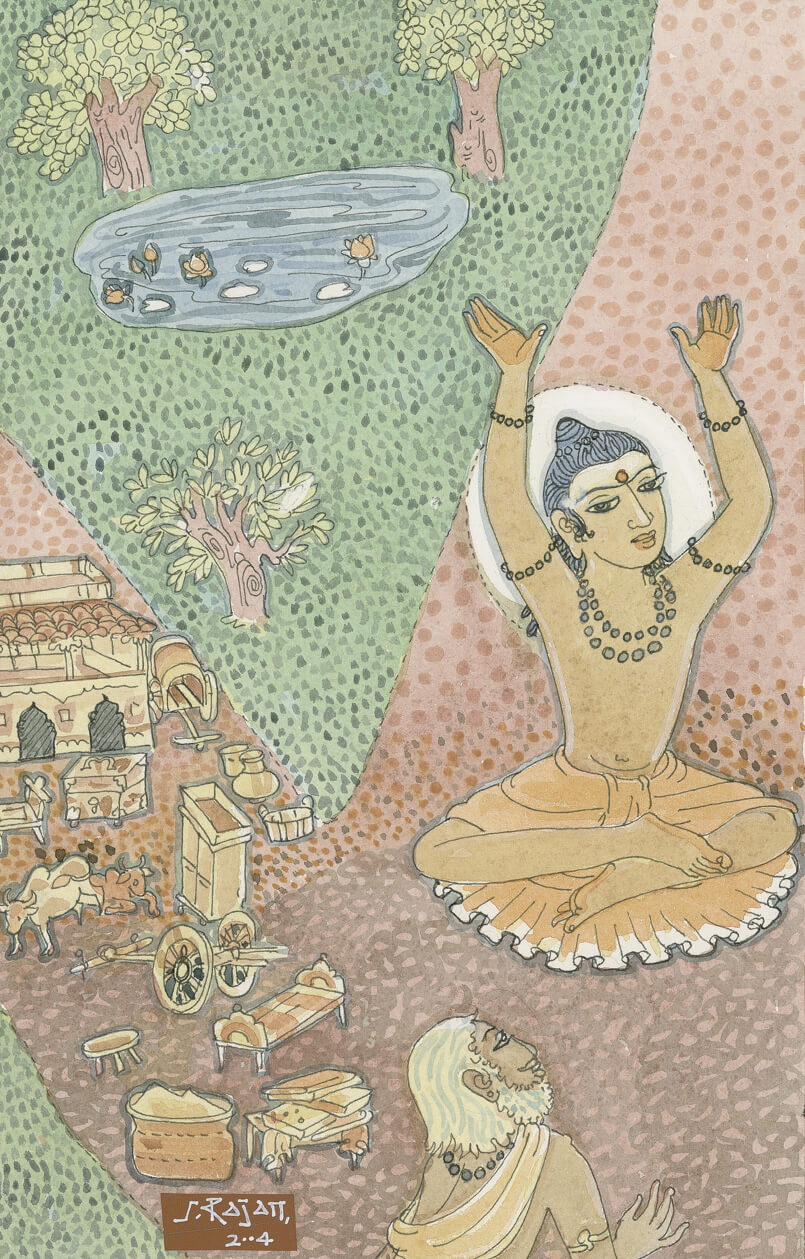 Verse 374
At the bottom of the painting a man finds himself at a crossroads. On one side there lies the richness of worldly wealth and family possessions. The other path leads to a saint in an orange robes with hands above his head expressive of his blissful state. A man may choose to tread either path.

When destiny ordains wealth, it gives birth to industriousness.
When it decrees a life of loss, it inspires only idleness.

However subtle the sundry texts he studies,
a man is left with his native intelligence.

Two natural ways are ordained in this world.
Securing wealth is one. Seeking wisdom’s light is another.

In karma’s presence, sure success with wealth can fail,
and certain failure can succeed.

A man may amass millions, but its enjoyment
will never exceed the portion allotted to him.

The poor are practically ascetics and would renounce if only karma,
approaching with experiences yet to be, would pass them by.

Why should those who rejoice when destiny brings them good
moan when that same destiny decrees misfortune?

What is there that is mightier than destiny?
For it is present even in the plans we devise to overcome it.

This entry was posted on Monday, May 31, 2021 at 9:30 am and is filed under Publications. You can follow any responses to this entry through the RSS 2.0 feed. You can leave a response, or trackback from your own site.