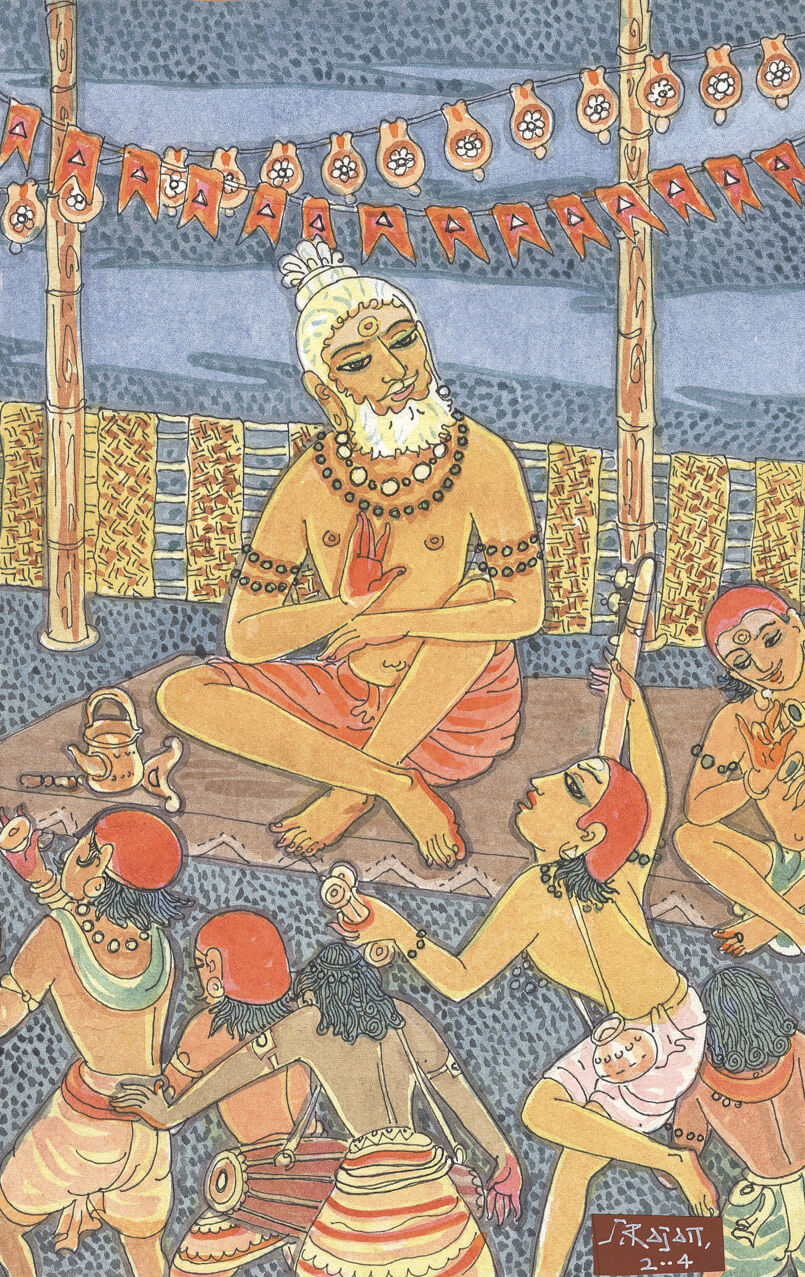 Verse 394
A holy man is seated in a mandapam during a festival. Around him, people are singing joyously. Their happiness is intensified by being with a man of such high learning.

All that you learn, learn perfectly, and
thereafter keep your conduct worthy of that learning.

Two are the eyes of those who truly live–
one is called numbers, and the other letters.

The learned have eyes that see, they say.
The unlearned have two open sores on their face.

It is the learned man’s prowess that meetings with him
bring delight, and departures leave pleasant thoughts.

The learned remain ever humble, as the poor are before
the prosperous. Lowly men lack such learning.

The deeper a sand well is dug, the more freely its water flows.
Even so, the deeper a man’s learning, the greater is his wisdom.

Knowing that knowledge makes all nations and neighborhoods
one’s own, how can a man stay untutored until his death?

The learning a man secures in one birth
will secure his well-being in seven.

A man’s learning is an imperishable and precious wealth.
No other possession is as golden.

This entry was posted on Monday, June 14, 2021 at 9:30 am and is filed under Publications. You can follow any responses to this entry through the RSS 2.0 feed. You can leave a response, or trackback from your own site.