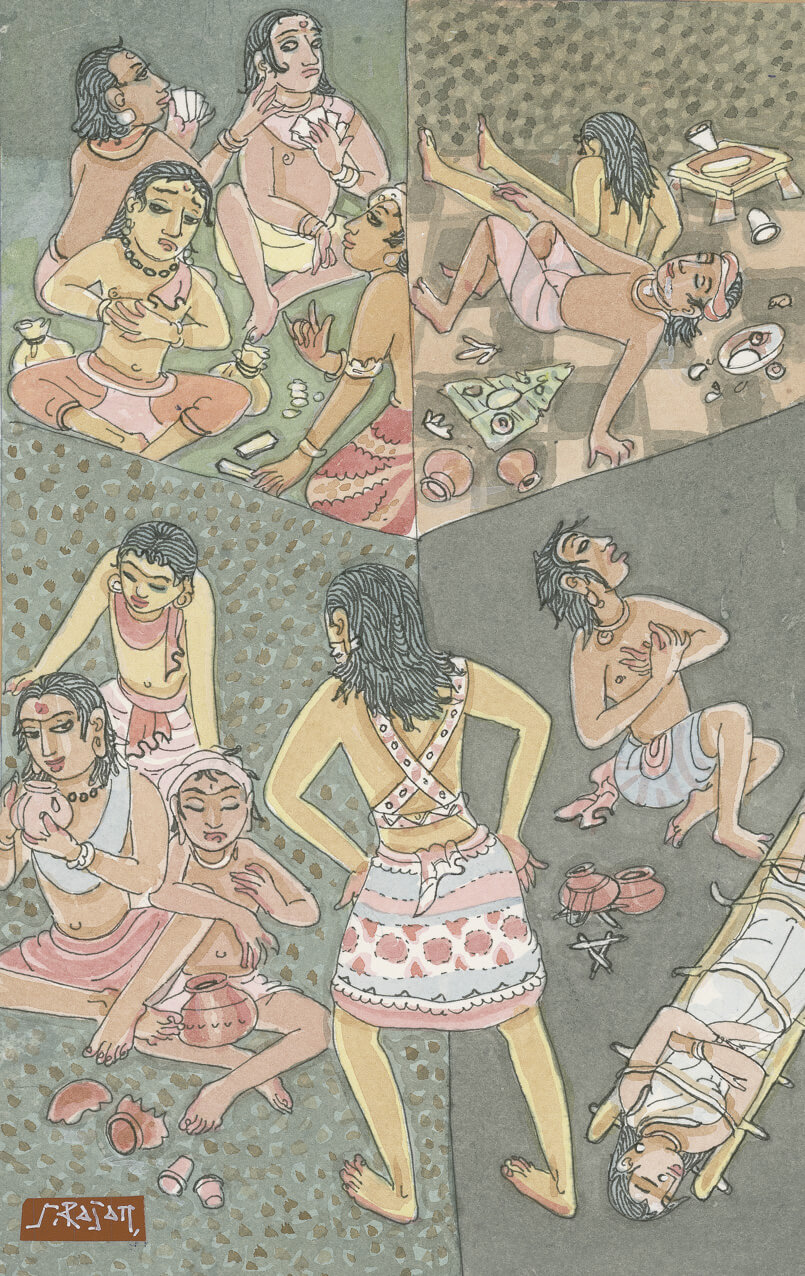 Verse 501
In choosing a partner, this businessman is studying whether one candidate deals virtuously with four situations. Not well, he finds, for the man is seen cheating at cards, carousing, indulging his appetites and failing to accept the natural passing of a relative.

Pick that man who passes a four-fold test:
how he handles virtue, wealth, pleasure and loss of life.

Place trust in a man of good family, free from faults,
with a modest nature that dreads reproach.

Even faultless, deeply learned men, when closely examined,
are rarely found to be entirely free from ignorance.

Weigh a man’s merits and weigh his faults,
then judge him according to the greater.

The touchstone that discloses a man’s greatness
or smallness is simply this: his deeds.

Beware of trusting men who have no kin.
Unattached to people, they are unashamed of misdeeds.

When a man employs a know-nothing out of affection,
he engages all kinds of foolishness.

To trust a stranger without investigation invites troubles
so endless that even descendants must endure them.

Without investigation, trust no one. Having investigated,
entrust a man with matters for which he is trustworthy.

To trust a man who has not been tested and to suspect a man
who has proven trustworthy lead alike to endless ills.

This entry was posted on Monday, August 30, 2021 at 9:30 am and is filed under Publications. You can follow any responses to this entry through the RSS 2.0 feed. You can leave a response, or trackback from your own site.

One Response to “Tirukural – Chapter 51”