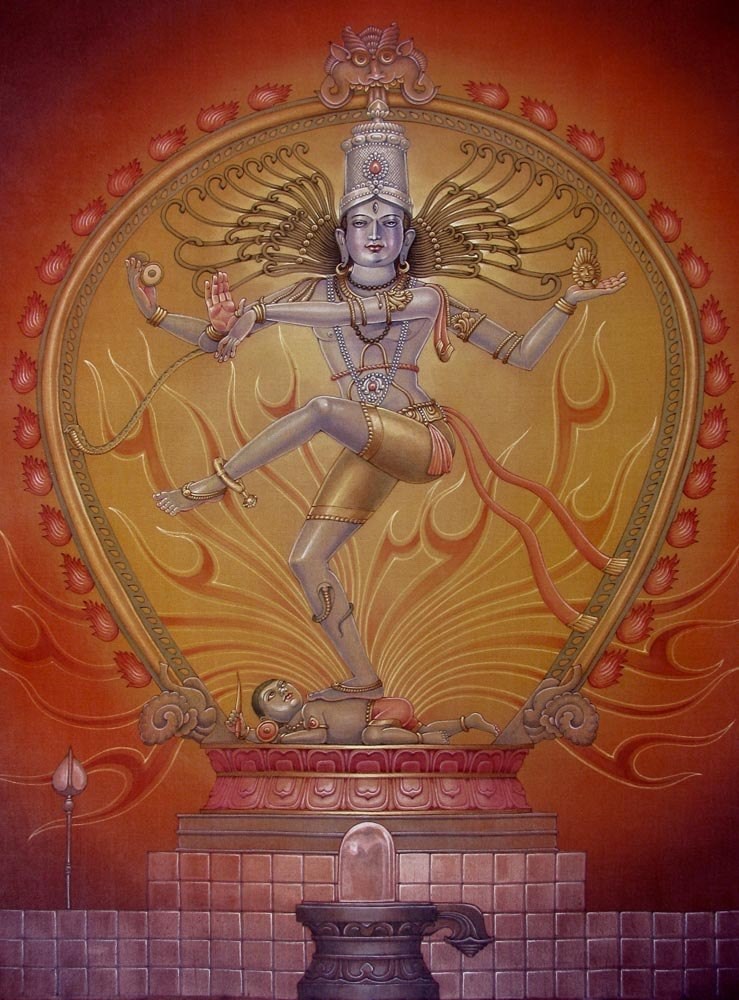 Today the Ardra nakshatra was celebrated with our monthly abhishekam to Lord Nataraja in Kadavul Temple. Many blessing to you from Kadavul Temple on this auspicious day!

“Following the luminous column in the spine that shines with all brilliance and showers the nectar of bliss, if the sādhaka reaches the highest plane of dvādaśānta—which is identical with the Golden Hall of Lord Naṭarāja—he could see the presence of Śiva whose form is of the nature of the pure space of supreme consciousness. To those sādhakas who are firmly established in such a supreme yōga and who are efficacious in safeguarding their present blissful state without being affected by the five senses, to them Lord Śiva would always be a perennial source of ineffable Bliss causing the unfoldment of the exalted eight qualities, sarvajñatva and others.

“For the dance which is efficacious in enabling the aspirant hear the melodious inner sounds, He is the composer and He is the theme. He Himself assumes the form of akāra, ukāra and other seed letter. For the tattva-dance which is characterized by the letter ‘hrīm,’ is Śiva Himself, the presiding Lord. The transcendent location in which He dances has emerged as willed by Him. The performance of this unique dance known as the ajapa-dance is itself Lord Naṭarāja. He is both the performer and the performance.” – Tirumantiram 815, 901

This entry was posted on Wednesday, September 1, 2021 at 4:36 pm and is filed under Festivals. You can follow any responses to this entry through the RSS 2.0 feed. You can leave a response, or trackback from your own site.