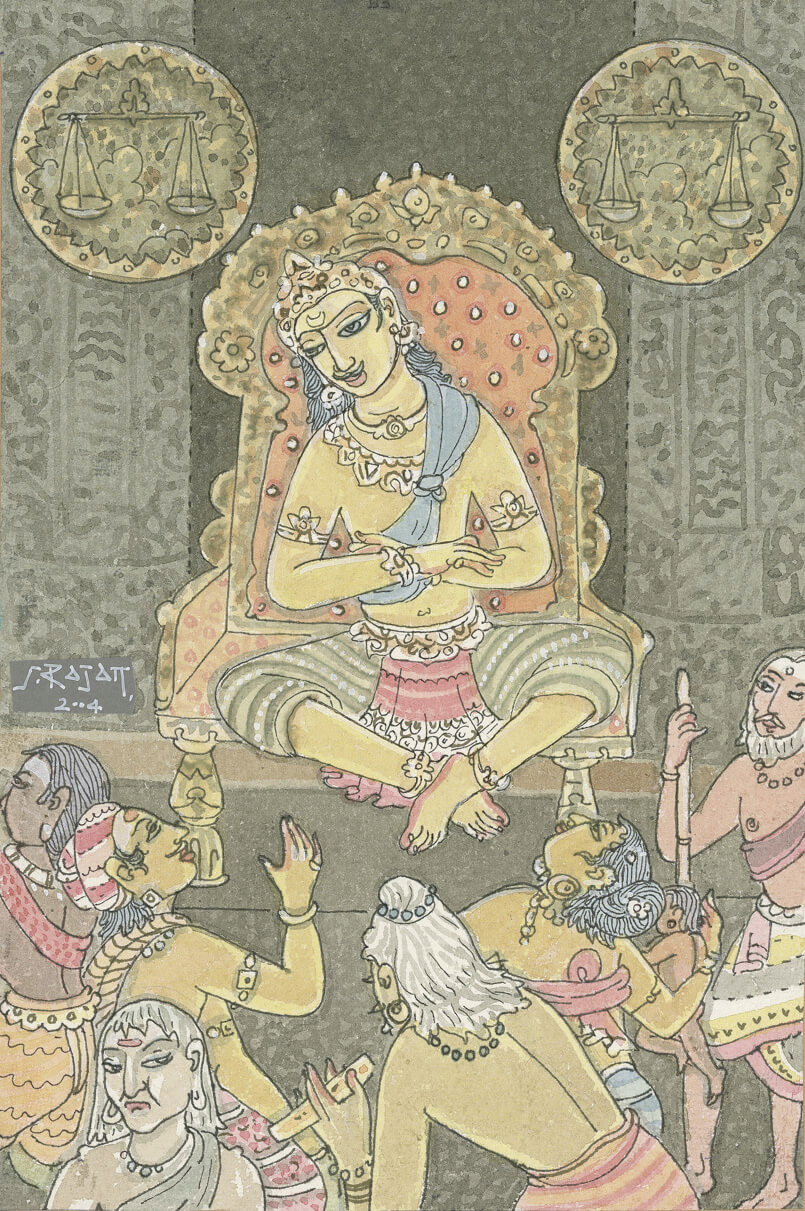 Verse 547
A king is meeting with his subjects and, as the balance scales above him show, he is thoughtfully working to be fair and just to all sides.

Investigate well, show favor to none, maintain impartiality,
consult the law, then give judgment–that is the way of justice.

All the world looks to the rain cloud for sustenance.
All the people look to the king’s scepter for protection.

Even the Vedas of the brahmins and all dharma therein
rely on the sovereign’s sturdy staff for sustenance.

The world embraces the feet of a great kingdom’s monarch
who lovingly embraces subjects under his justice-wielding scepter.

Rain and rich harvests arise together
in a country whose sovereign ruler raises his rod lawfully.

Victory is not won by the lance,
but by the king’s scepter, provided it is not crooked.

The potentate protects the whole world,
and Justice protects him if he does not stray from Her.

An inaccessible ruler who listens and adjudicates inattentively
will inevitably plummet from power and perish.

No fault befalls a king who, in guarding and caring for his subjects,
punishes wrongdoers–for that is his duty.

A ruler’s punishing cruel criminals by execution
is like a gardener’s removing weeds from his garden.

This entry was posted on Sunday, September 26, 2021 at 9:30 am and is filed under Publications. You can follow any responses to this entry through the RSS 2.0 feed. You can leave a response, or trackback from your own site.

One Response to “Tirukural – Chapter 55”