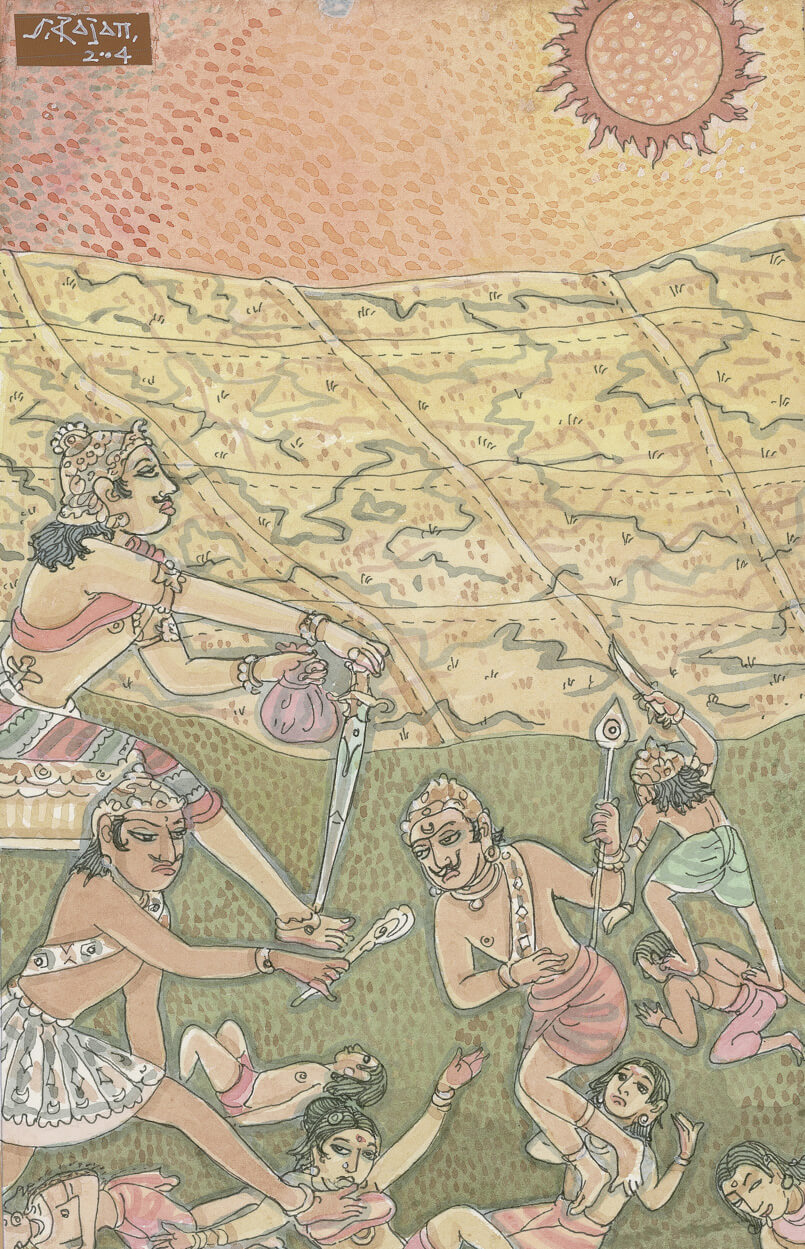 Verse 557
Here an unkind and wealth-seeking king brings suffering to his people, just as the rainless sky and blazing sun scorch the Earth.

More malicious than a professional murderer is the monarch
who rules his people with injustice and oppression.

A scepter-wielding king requesting a gift is like
a lance-bearing robber demanding, “Give me all you have.”

Day to day the king must seek out and punish unlawfulness,
or day by day his country will plummet toward ruin.

Without thinking, a king rules crookedly, and thus
forfeits his subjects’ loyalty, together with his own fortune.

Are not the tears of a people who cannot bear their monarch’s
oppressive reign the force that erodes his prosperity?

Ruling rightly, a monarch may long endure.
Without that, his majesty is rightfully unenduring.

As the Earth fares under a rainless sky,
so do a people languish under an unkind king.

If the king acts contrary to justice, contrary seasons will befall
the land and rain-laden clouds will fail to come forth.

If the people’s protector fails to protect
brahmins will forget the Vedas and cows’ milk will dry up.

This entry was posted on Monday, October 4, 2021 at 9:30 am and is filed under Publications. You can follow any responses to this entry through the RSS 2.0 feed. You can leave a response, or trackback from your own site.

One Response to “Tirukural – Chapter 56”