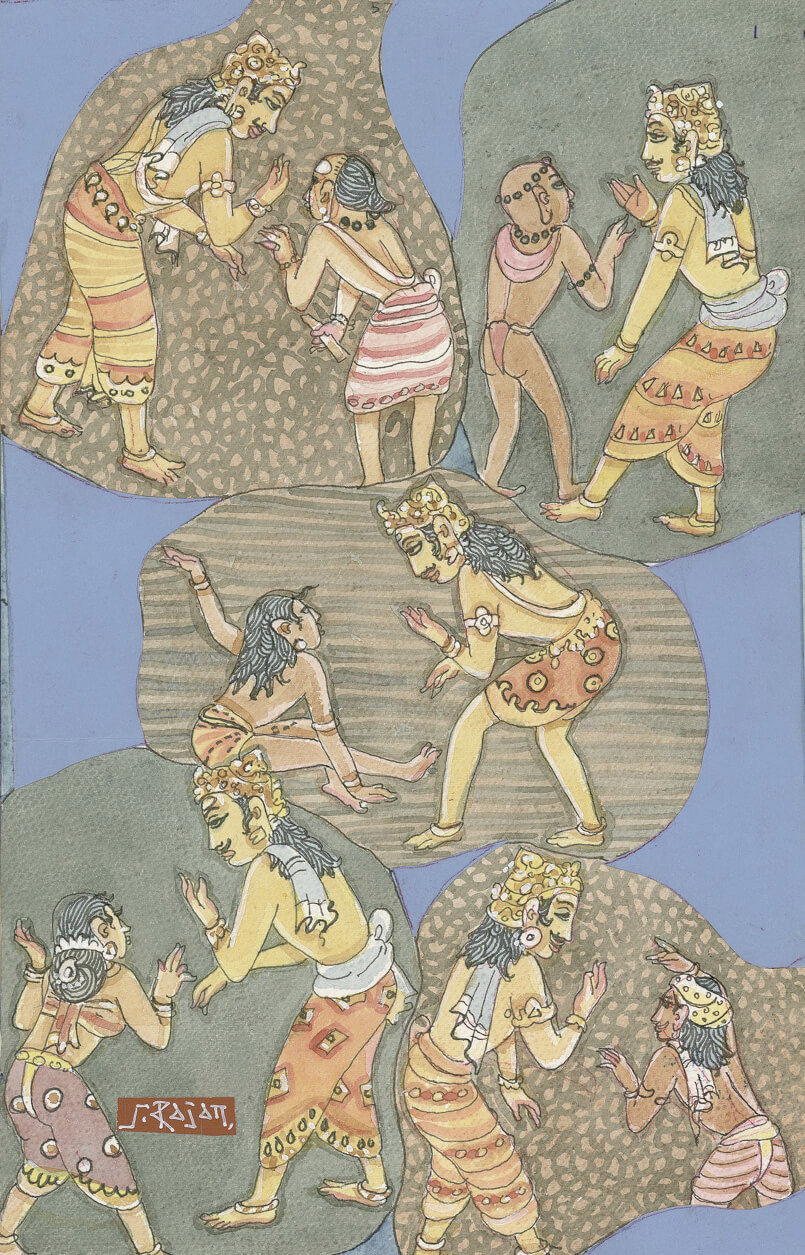 Verse 589
A wise king meets separately and secretly with five different informants. He will only proceed with their information when three of them agree and give him the same report.

Competent spies and the respected codes of law–
consider these two the eyes of a king.

Duty requires the monarch to swiftly acquire
knowledge of all happenings among all men each day.

Without assessing the intelligence reports of informants,
a king can never achieve victory.

The working staff, close kindred and known enemies–
all such people are the legitimate study of spies.

An able spy is one who can assume an unsuspicious disguise,
is fearless when caught and never betrays his secrets.

Disguised as a monk or a mendicant, the master spy
moves about investigating all, never careless, come what may.

A spy must ferret out hidden facts,
assuring himself that knowledge found is beyond doubt.

Before believing one spy’s espionage,
have another spy espy the information.

See that informants do not know one another,
and accept their findings only when three reports agree.

One must not openly honor operatives.
To do so is to divulge one’s deepest secrets.

This entry was posted on Monday, October 25, 2021 at 9:30 am and is filed under Publications. You can follow any responses to this entry through the RSS 2.0 feed. You can leave a response, or trackback from your own site.

One Response to “Tirukural – Chapter 59”