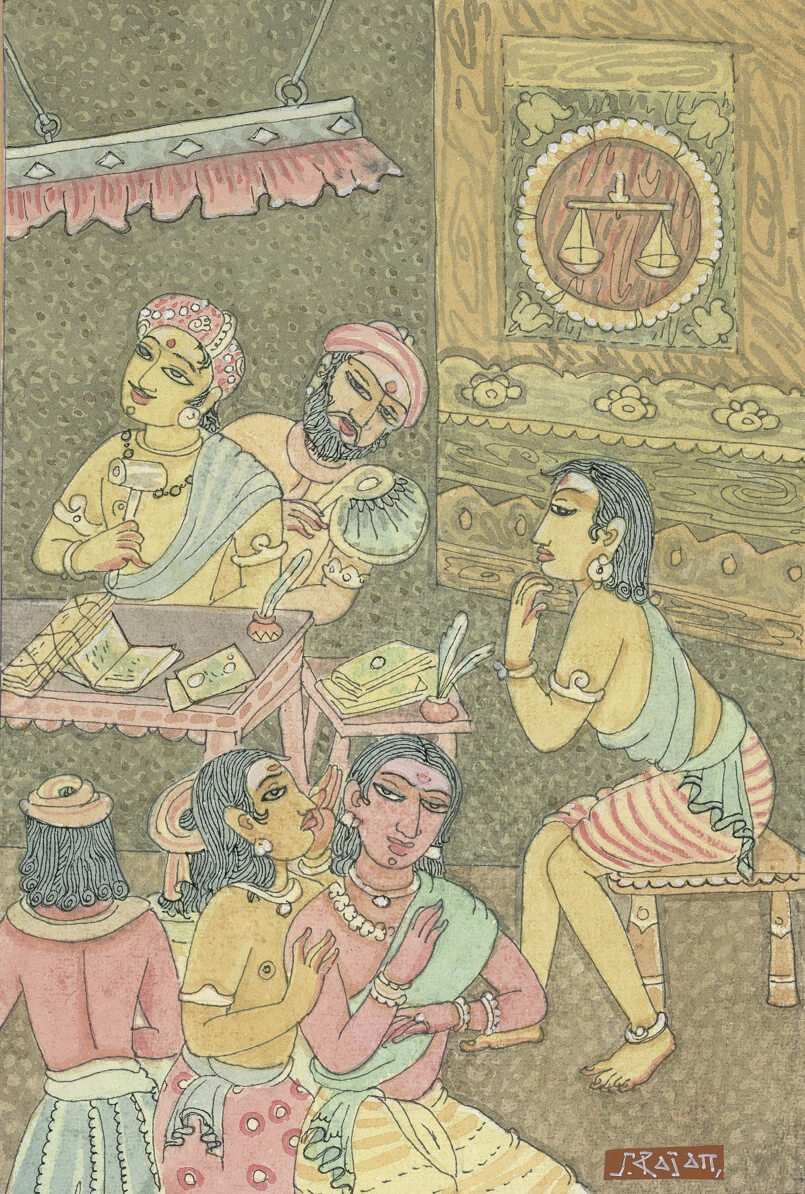 Verse 695
A pundit sits in his chambers pondering the day. To his right two ministers are attentively listening. On his left other ministers are whispering, gossiping and ignoring his presence, thus disturbing the atmosphere.

Associates of contentious kings should be like men warming
themselves by a fire, moving neither too near nor too far away.

Do not desire to get what the king desires to have,
and the king himself will confer enduring wealth.

One wishing to be wary must beware of his own indiscretions.
Once suspicions are aroused, they are rarely removed.

In the presence of the great ones, never speak
in whispers or exchange smiles with others.

The emissary neither eavesdrops nor meddles into matters.
Instead, he listens raptly when secrets are revealed.

Sensing unspoken thoughts and ascertaining the ripe moment,
speak of vital matters amiably, without offending others.

Never criticize the king because he is young or your own kin.
Rather respect the resplendent dignity that kingship commands.

Men whose wisdom is unwavering
do not use their high reputation to excuse lowly behavior.

Men who do unworthy deeds, expecting the king’s indulgence
because of a long-standing friendship, warrant their own ruin.

This entry was posted on Monday, January 10, 2022 at 9:30 am and is filed under Publications. You can follow any responses to this entry through the RSS 2.0 feed. You can leave a response, or trackback from your own site.

One Response to “Tirukural – Chapter 70”