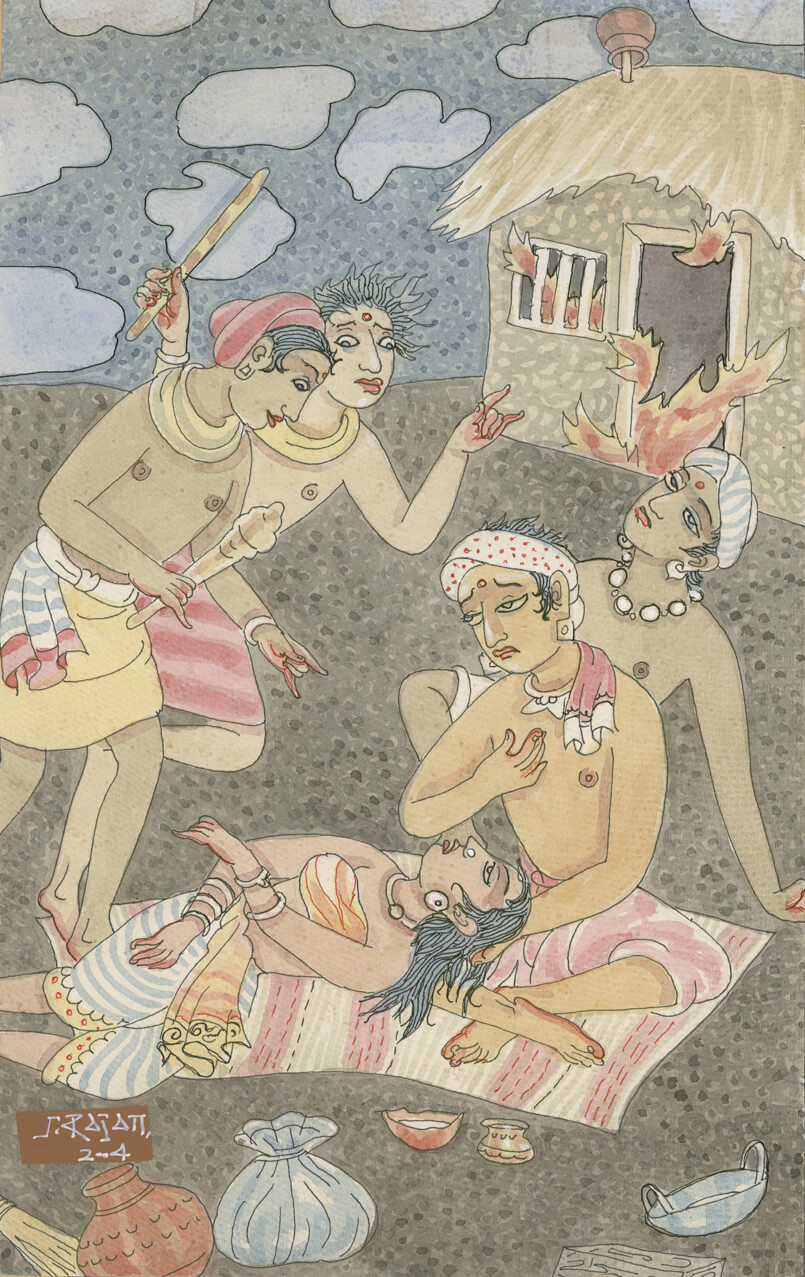 Chapter 88: Understanding the Nature of Enmity

Verse 876
A householder is sitting on the ground holding the head of his dying wife. Behind him, his house is burning and in front of him he is being threatened by two mischievous men with clubs. Despite all these troubles, his close friend remains in support, calmly sitting near.

So accursed is the thing called hatred that one
should never wish for it–even in jest.

It is bad enough to incur the enmity of those who live by the bow,
but never provoke the hatred of those who sow and reap with words.

One man who, all by himself, arouses hatred in many
is crazier than any lunatic.

The world abides beneath the greatness
of noble-natured rulers who befriend even their enemies.

Finding that he faces two foes and has no allies,
a lone man lures one to side with him.

When distress dawns, neither draw near nor depart from
new friends and foes–rather, leave them alone.

Never tell your troubles to those who cannot comprehend them,
nor expose your weaknesses to your enemies.

Engineer a plan, execute that plan well and ensure
your security–thus is the joy of rivals forever ruined.

Chop down a thorny tree while it is young.
Left to grow mature, it will one day cut the cutter’s hand.

Those who fail to quell a hostile rival’s pride
will be blown away by the mere fact that he still breathes.

This entry was posted on Monday, May 16, 2022 at 9:30 am and is filed under Publications. You can follow any responses to this entry through the RSS 2.0 feed. You can leave a response, or trackback from your own site.

One Response to “Tirukural – Chapter 88”