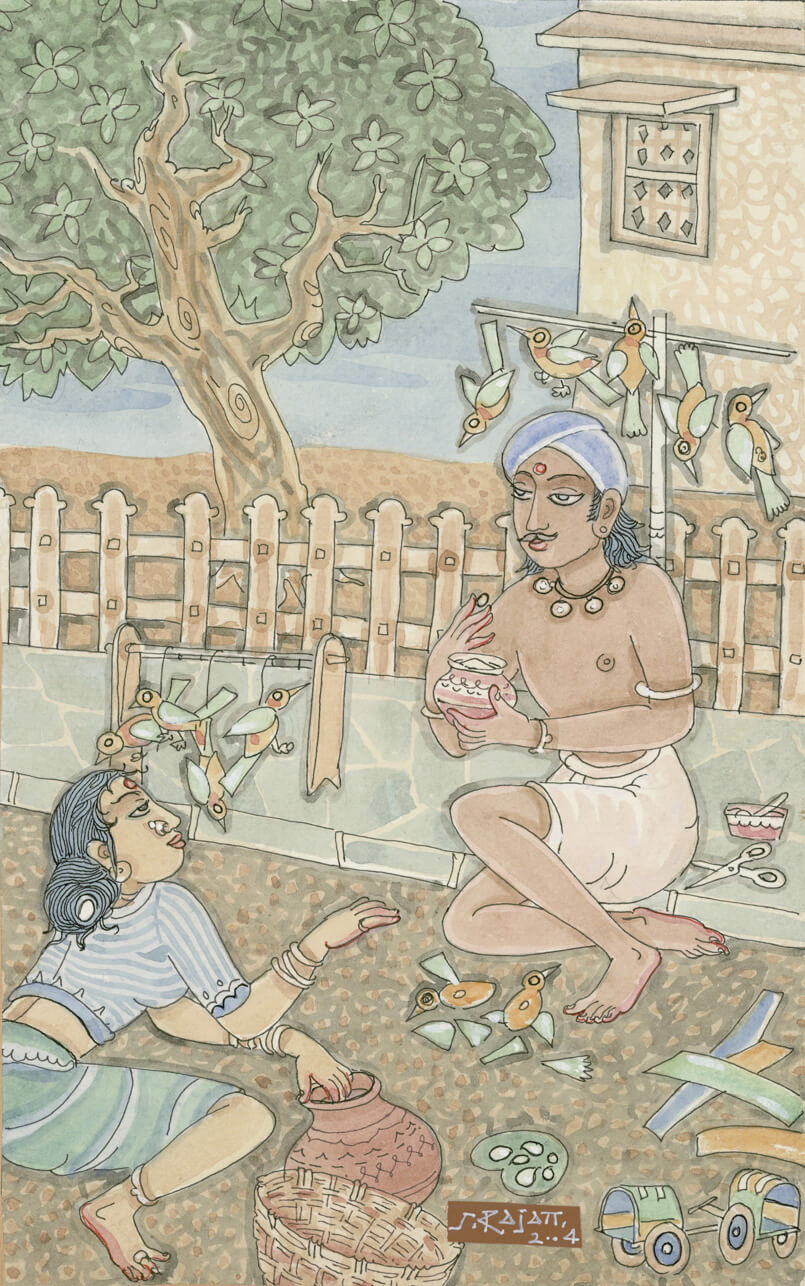 Verse 1065
A toy maker has labored in the sun all day to produce small wooden toys for the market. He takes a break when his wife brings a simple bowl of sweet rice for his lunch. Though it is not a feast, he finds it enormously enjoyable.

It is ten million times better not to beg, even from those
precious men whose joy is giving and who thus never refuse.

Were it the World-Creator’s wish for men to live by begging,
men might wish that He, too, die a wandering beggar.

There is no greater foolhardiness than to say,
“I shall end the pains of poverty by begging.”

This entire world is too small to contain the dignity of men
who will not stoop to beg, even in the direst destitution.

Though it is only gruel, thin as water, nothing is more savory
than food that is earned by the labor of one’s own hands.

The tongue finds nothing more distasteful than begging,
even just to beg drinking water for a cow.

This I beg of all beggars:
“If you must beg, beg not from misers.”

The unsturdy ship called begging will break apart
the moment it crashes against the rock of refusal.

Thoughts of a beggar’s plight melt the heart.
Thoughts of refusals he receives crush it completely.

Having said “no” to a beggar, knowing it might kill the poor man,
where is a miser going to hide from his word?

This entry was posted on Monday, September 26, 2022 at 9:30 am and is filed under Publications. You can follow any responses to this entry through the RSS 2.0 feed. You can leave a response, or trackback from your own site.

One Response to “Tirukural – Chapter 107”