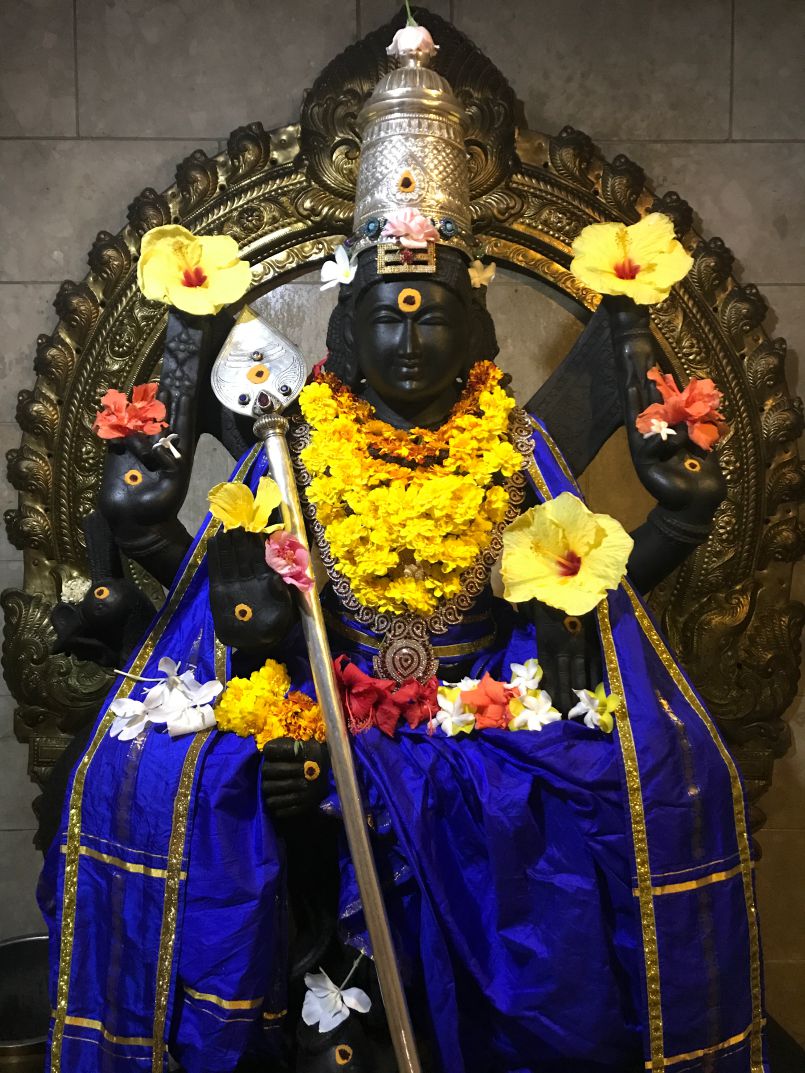 The daily abhishekam of Lord Murugan, our Lord Kartikeya, has been a joy for one of our senior swamis Muruganathaswami; a daily vigil he has done for years. Without fail our vigil system in Kadavul temple goes on from light to dark and dark to light over and over again. The 6am Murugan abhishekam happens daily and there is never a day when He is not cared for, worshiped and revered. For this seva He has beamed shakti back to us, and on auspicious festivals in His name we can feel His intoxicating darshan overcome us. This uniquely Hindu experience is a reminder to us all that the Gods are in the inner worlds, they are real and they are waiting for us to open up and hear them roar.

"Lord Kartikeya flies through the mind's vast substance from planet to planet. He could well be called the Emancipator, ever available to the call of those in distress. Lord Kartikeya, God of will, direct cognition and the purest, child-like divine love, propels us onward on the righteous way through religion, Hid FAther's law. Majestically seated on the manipura charka, this scarlet-hued God blesses mankind and strengthens our will when we lift to the inner sky through sadhana and yoga. The yoga pada begins with the worship of Him. The yogi, locked in meditation, venerates Karikeya, Skanda, as his mind becomes as calm as Saravana, the lake of Divine Essence. The kundalini force within everyone is held and controlled by this powerful God, first among renunciates, dear to all sannyasins. Revered as Murugan in the South, He is commander in chief of the great devonic army, a fine, dynamic soldier of the within, a fearless defender of righteousness. He is Divinity emulated in form.

"The Vedas say, "To such a one who has his stains wiped away, the venerable Sanatkumara shows the further shore of darkness. Him they call Skanda."

"Lord Shanmugam, the six-faced, twelve-armed son of Siva, wields many weapons, as He battles the forces of darkness to end wars, large and small. He rides the noble peacock, Mayil, which represents effulgent beauty and religion in its fullest glory."
Quoted excerpt is from Dancing with Siva, our catechism for the Saiva Hindu tradition.

This entry was posted on Wednesday, November 8, 2017 at 1:45 pm and is filed under Sadhana. You can follow any responses to this entry through the RSS 2.0 feed. You can skip to the end and leave a response. Pinging is currently not allowed.

2 Responses to “A Month of Muruga”