Prostrations to his Lotus Feet

It is by his grace that we are here together. 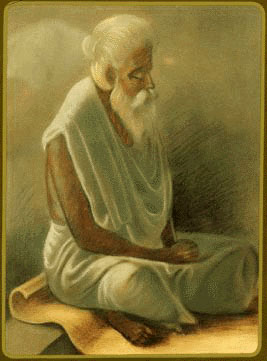 Yogaswami lived in Jaffna, Sri Lanka during the first part of the last century, making his transition to the inner worlds in 1964. During his life Yogaswami gave out his wisdom spontaneously in songs and sayings. He also carefully edited his journal called The Sivathondan "The Servant of God" which was published by his devotees who had formed a small organization called the Sivathondan Niliyam. He also initiated several successors, one of whom, Satguru Sivaya Subramuniyaswami, brings you this Web site as a part of his service in fulfillment of the mission given to him by Yogaswami.

Thanks to the diligence of devotees who recorded his songs and sayings called "Natchintanai" or "Good Thoughts" and who noted down the events of Yogaswami's life, we have a body of work of inestimable spiritual value. Satguru Sivaya Subramuniyaswami was committed to the preservation and dissemination of the sacred teachings of his Guru. That commitment is shared by Gurudeva's successor, Satguru Bodhinatha Veylanswami, and by all the monastics and other initiated members. And so we bring a few of these treasures to the internet, especially as a service the many Sri Lankans of the worldwide diaspora resulting from the war in that country. It is a credit to these people who have suffered and gone to lands far away that they have carried forward their religious traditions. Today, more and more Sivathondan Niliyams are springing up in various nations around the world, to carry on the message and culture of this Sri Lankan line of spiritual masters. This WEB site is a small contribution to this important work--for the Hindu children of tomorrow. May the words of Sage Yogaswami light the fire of aspiration in our hearts and inspire us ever onward and upward on the path of sadhana and service, or, as Yogaswami would say in Tamil, the path of Sivadhyana and Sivathondu.