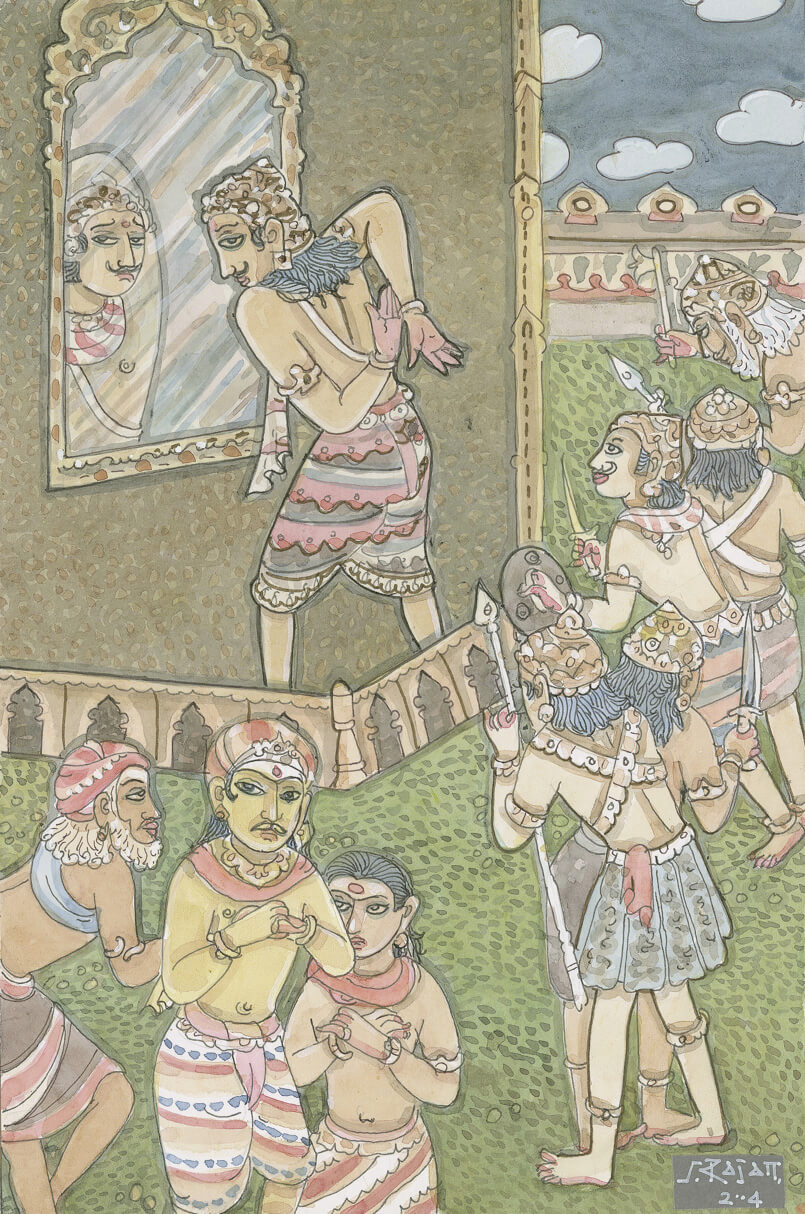 Verse king
stands before mirror, humbly checking himself for possible faults. Only after removing his own flaws will he turn to examine the weaknesses in his ministers who wait outside.

Those who are free from vanity, vulgarity and venomousness
will prosper in deserving dignity.

Avarice, arrogance and crude amusements are flaws
in the character of an unfit king.

Though their fault be as small as a millet seed,
to those who dread disgrace it will appear as large as a palm tree.

One’s own faults are one’s mortal enemies.
It follows that to guard against them is life’s gravest concern.

The good fortune of a man who does not guard against failings
before they manifest will perish like a stack of straw before a fire.

What fault remains in a king who expunges his own faults
before examining the faults in others?

The wealth of him who, out of avarice, fails to do what
should be done will vanish without the slightest vestige.

When all faults are reckoned, one remains unrivaled:
the greedy grasping known as avarice.

Never indulge in admiring yourself.
Never be drawn toward deeds that do not benefit others.

Delighting in life’s pleasures in guarded privacy
nullifies the conspiring schemes of enemies.

This entry was posted on Monday, July 12, 2021 at 9:30 am and is filed under Publications. You can follow any responses to this entry through the RSS 2.0 feed. You can leave a response, or trackback from your own site.

One Response to “Tirukural – Chapter 44”