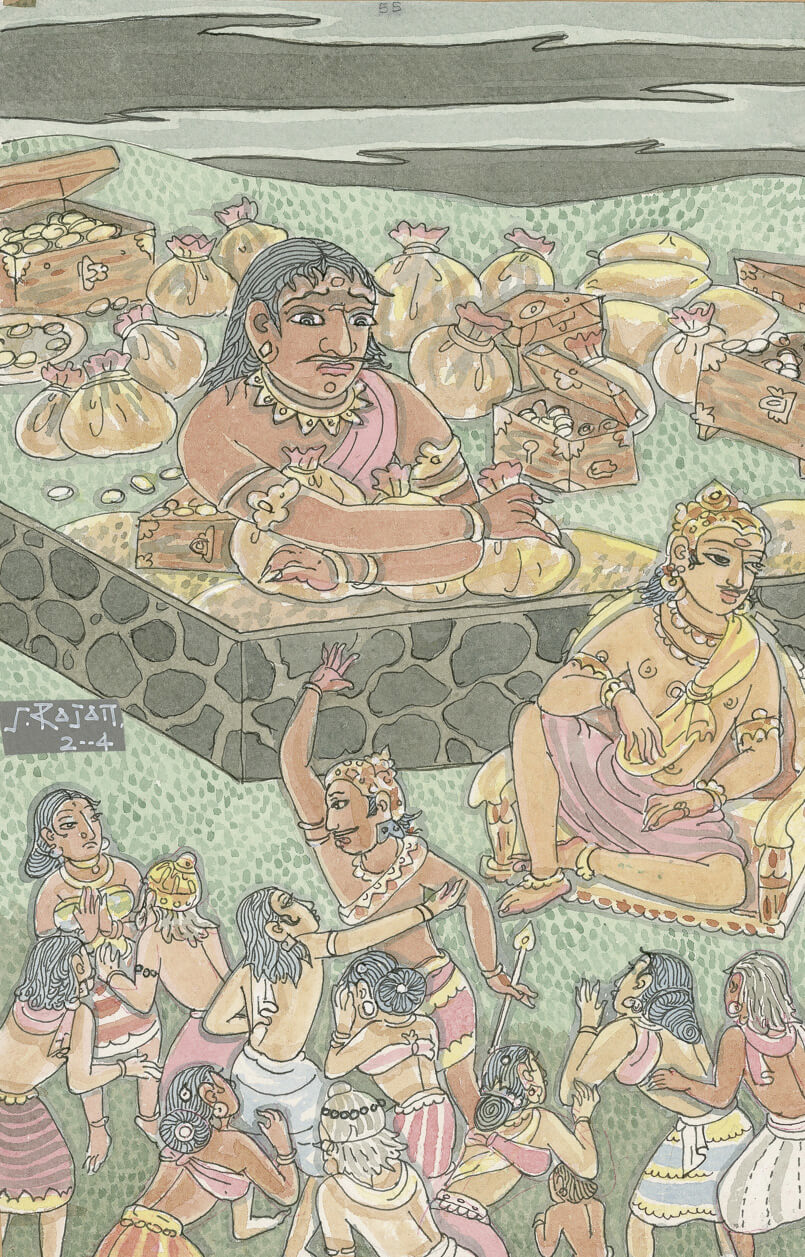 Verse 565
A guard, hand uplifted to control the crowd, shouts while another pushes a couple away from the king, not allowing them to meet him. Behind the king, who refuses his peoples entreaties, a demon has confiscated the royal treasury and hugs bags of gold coins.

He is a true king who impartially investigates
and then duly punishes so that the offense will not recur.

He who wishes his prosperity to long remain
will raise the rod severely, but let it fall softly.

The tyrant who causes dread in his people
will perish quickly and inevitably.

“Our king is cruel.” When these bitter words are spoken,
the monarch’s life is shortened, and he soon succumbs.

If a man’s countenance is harsh and access to him is hard,
his wealth, however vast, might as well belong to a demon.

If a man is unkind and speaks cruelly,
his vast wealth will not last long before perishing.

Harsh language and overly severe punishment,
like a keen file, grind down a king’s conquering powers.

A king’s wealth wanes when, without thoughtful involvement,
he lets ministers work, then furiously faults their efforts.

The sovereign who does not secure defenses will be seized
by fear when wartime comes and promptly perish.

Earth bears no greater burden than crude counselors
that a cruel-sceptered king binds to his court.

This entry was posted on Monday, October 11, 2021 at 9:30 am and is filed under Publications. You can follow any responses to this entry through the RSS 2.0 feed. You can leave a response, or trackback from your own site.