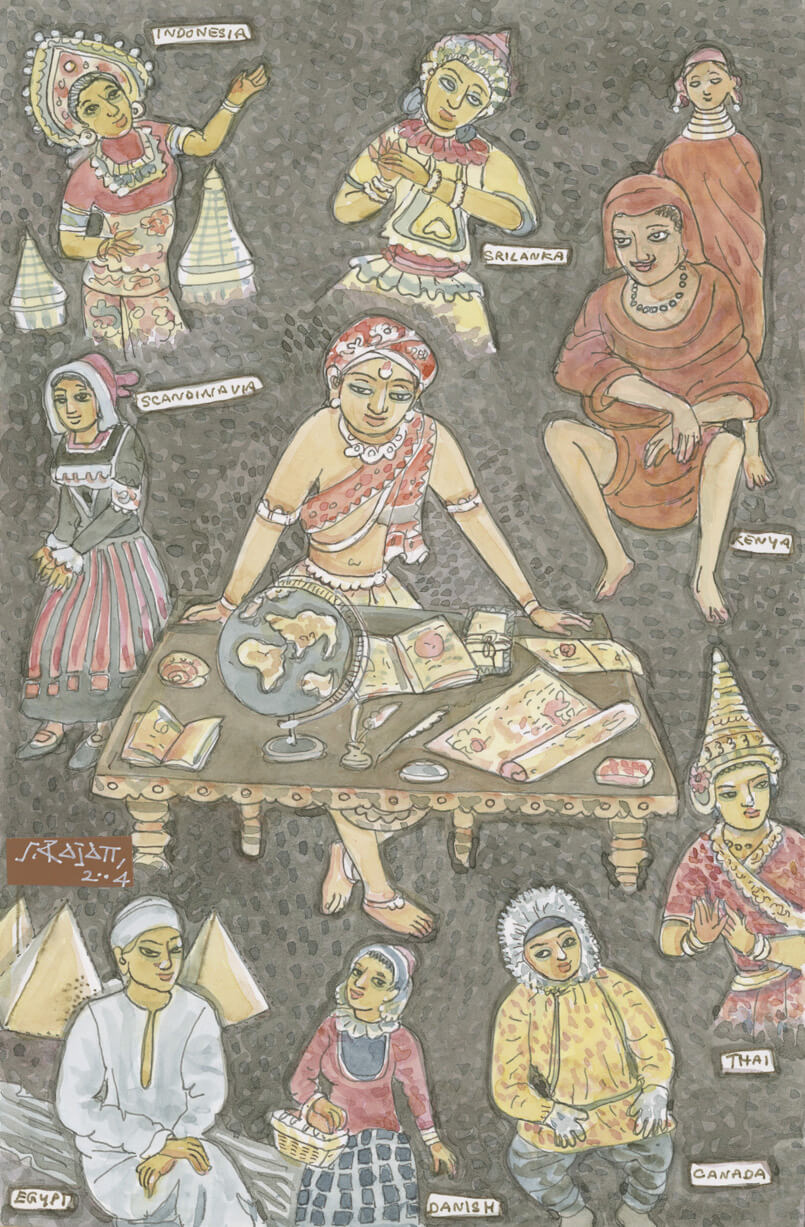 Verse 637
A minister at his desk is studying various texts which have been translated from different nations of the world. He is interested in how others have dealt with issues that face him today and remains open to the wisdom that he finds from their experience.

A minister is he who can conceive a great enterprise,
rightly choose the ways, means and time, then carry it out.

Added to the above five, a minister is well-endowed with
steadfastness, learning, perseverance and protection of the people.

He who can divide enemies, bind friends more firmly
and reunite estranged allies is unequivocally a minister.

Call him a minister who comprehends things,
effectively executes them and competently directs others.

The helpful aide understands codes of conduct, discerns what is
fitting in every situation and speaks with learned deliberation.

When shrewd intelligence combines with scholastic study,
who can stand before such peerless subtlety?

Though thoroughly learned in theoretical methods,
one should act only after fathoming the world’s proven practices.

The loyal minister’s duty is to communicate his counsel,
even if his leader is a dullard who spurns advice.

Better for the king to face 700 million far-off foes
than to retain a single counselor who conspires at his side.

Little matter that they can devise the perfect plan;
those without executive skills never finish their work.

This entry was posted on Monday, November 29, 2021 at 9:30 am and is filed under Publications. You can follow any responses to this entry through the RSS 2.0 feed. You can leave a response, or trackback from your own site.

One Response to “Tirukural – Chapter 64”