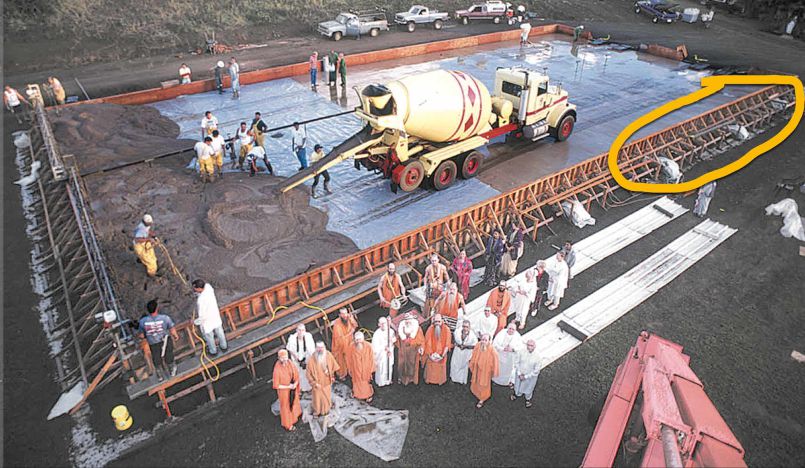 Back in the 1990s, yes last millennium, we poured a massive amount of concrete footings all around the temple perimeter. The purpose was to use this rugged footing to build super-strong supports for the forms that would hold 4 million pounds. These footings weighed 300,000 pounds. though it was buried deep in the ground, some of it had to be removed recently, and in previous TAKA posts we showed Dennis Wong collecting the large pieces and then breaking them up. The next step was to bring in large containers, four in all, and load them with the rubble. They were taken away, ground into small pieces and are being reused in other construction projects on the island.

This entry was posted on Thursday, June 30, 2022 at 8:54 am and is filed under Construction. You can follow any responses to this entry through the RSS 2.0 feed. You can leave a response, or trackback from your own site.