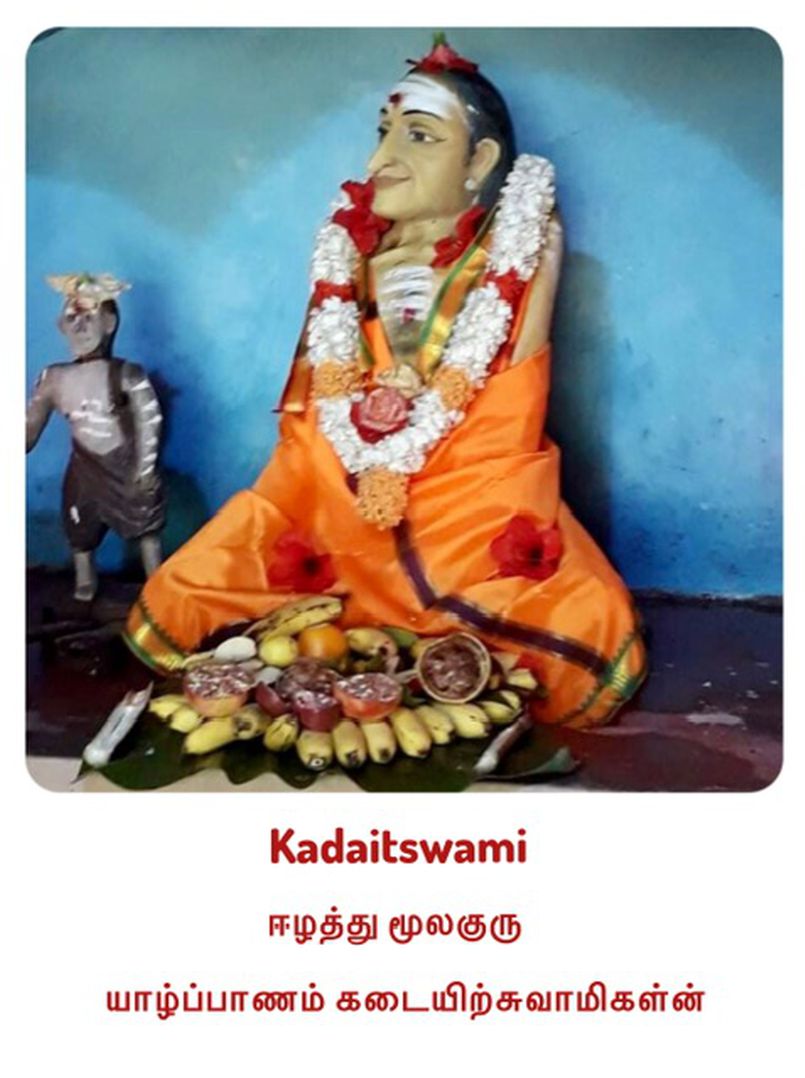 Rishi Thondunathan writes to us from Sri Lanka:

"When Kadaitswami arrived in Sri Lanka from India, he lived in a little hut on a small island called Mandaitheevu, off the coast of the Jaffna peninsula. He would regularly travel back and forth from Mandaitheevu to Jaffna.

After Kadaitswami's Mahasamadhi, devotees of Mandaitheevu maintained the small hut and performed pujas there. In 1982, I visited the hut.

because of the war the entire population of Mandaitheevu was forced off the island and for two decades is had been all but abandoned. However, a few years ago people started returning to the island to rebuild their lives.

In 2010, I travelled to Mandaitheevu in search of Swami's hut and saw that the land was completely overgrown and the hut destroyed. A few devotees who had returned to the island constructed a small shelter at the site with a coconut leaf thatched roof and had resumed worship.

Each time I return to Sri Lanka, I now visit Mandaithee. I encouraged the local devotees to rebuild the hut and in 2012 we gave a small donation to initiate the project. Though the devotees living in the vicinity are not well off financially, they are rich at heart. They contributed by whatever means they could to successfully rebuild the hut and install the statue of Kadaitswami in the shrine.

On the 30th of September, 2020, we celebrated Swami's 129th Guru Puja (Mahasamadhi anniversary) in the re-established hut at Mandaitheevu. The devotees cooked under the trees and the puja was performed in Swami's shrine. Annadhanam was then offered to all who were present.

It was a soul-satisfying event for us because when Kadaiswami was alive, one of his favorite events was the mass feedings conducted at this very Mandaitheevu hut.

This entry was posted on Tuesday, October 6, 2020 at 12:25 pm and is filed under Uncategorized. You can follow any responses to this entry through the RSS 2.0 feed. You can leave a response, or trackback from your own site.

Aum Namah Sivaya Today the monks end their 6-day phase with Lord Vayu on the horizon. We have spent the day closing up our many state-of-the-art hurricane shutters and taking down quick tents. Though this storm is much weaker than the previous hurricane that hit the Aadheenam, it still carries great power to “move things around” shall we say. Thankfully the Aadheenam is pretty well prepared for events like this, so no worries. If the storm does hit our little island, the monks will be safely enjoying a high volume of fast-moving fresh air and a somewhat ridiculous amount of tropical rain. What follows will be a goodly amount of clean up. See you again when the clouds depart! Jai Ganesha! 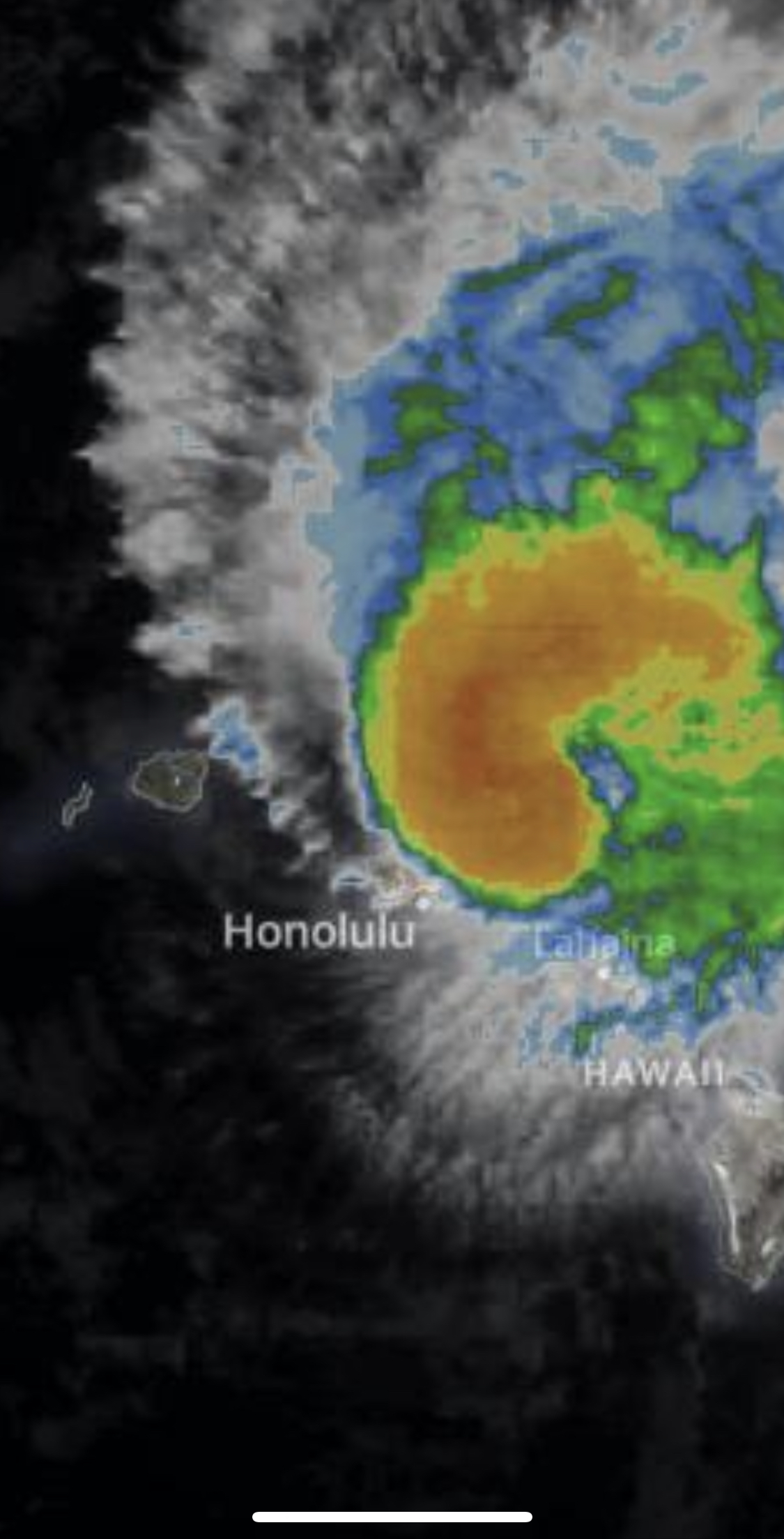 This entry was posted on Sunday, July 26, 2020 at 4:57 pm and is filed under Uncategorized. You can follow any responses to this entry through the RSS 2.0 feed. You can leave a response, or trackback from your own site. 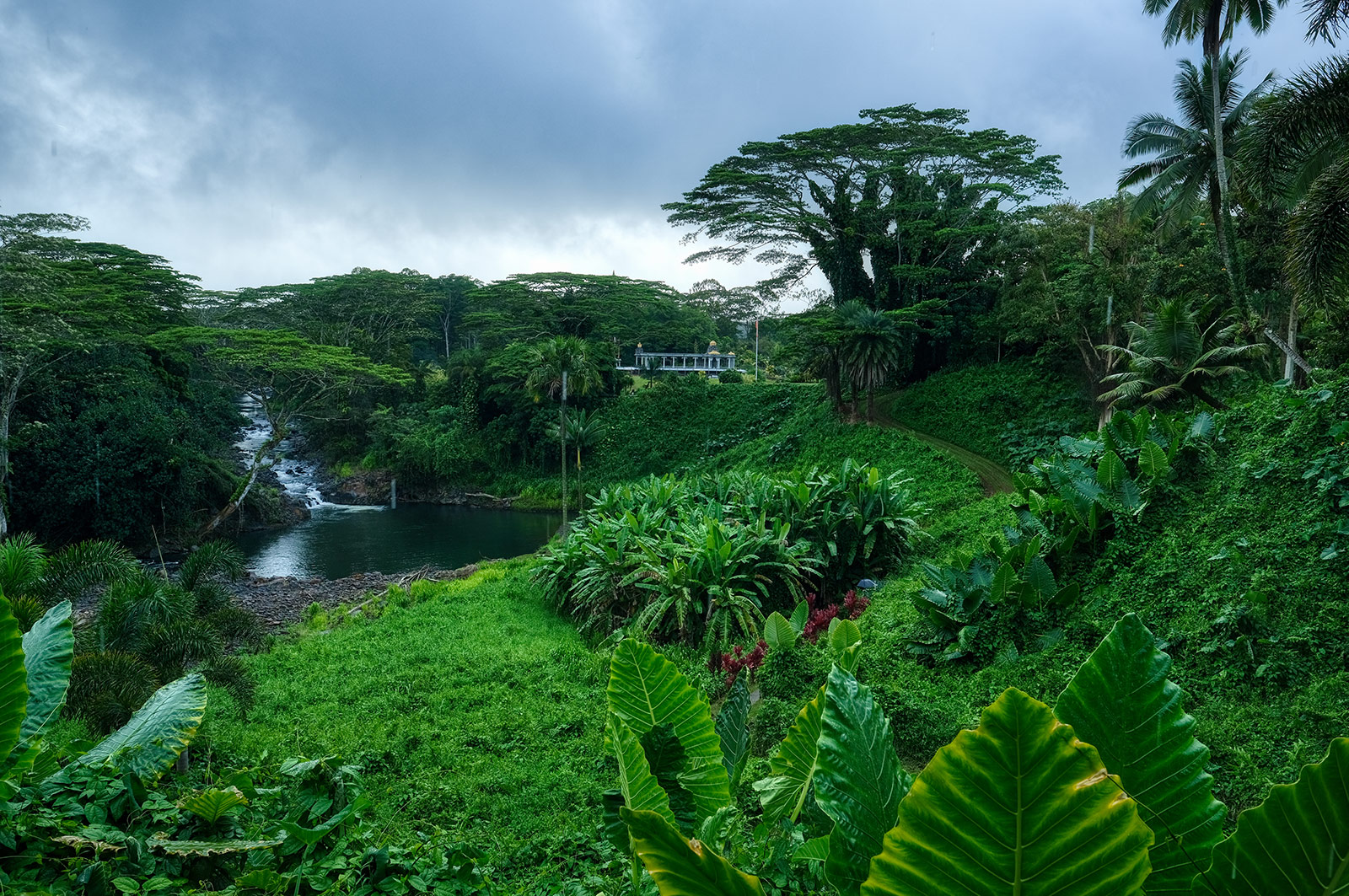 Today the monks end their five-day phase with a celebration of the Ardra nakshatra. This morning, monks performed an abhishekam for Nataraja in Kadavul Temple. This afternoon, we enjoy some relaxing cloud cover and cooling showers. The next few days the monks will be on retreat, working on different projects from their normal kulam duties and having added time for their personal sadhana. Meantime, we share a classic talk by Gurudeva on the Saivite view of the Three Worlds. See you in a few days! Aum.

Three Worlds - This is Religion

This entry was posted on Saturday, July 18, 2020 at 5:51 pm and is filed under Uncategorized. You can follow any responses to this entry through the RSS 2.0 feed. You can leave a response, or trackback from your own site. 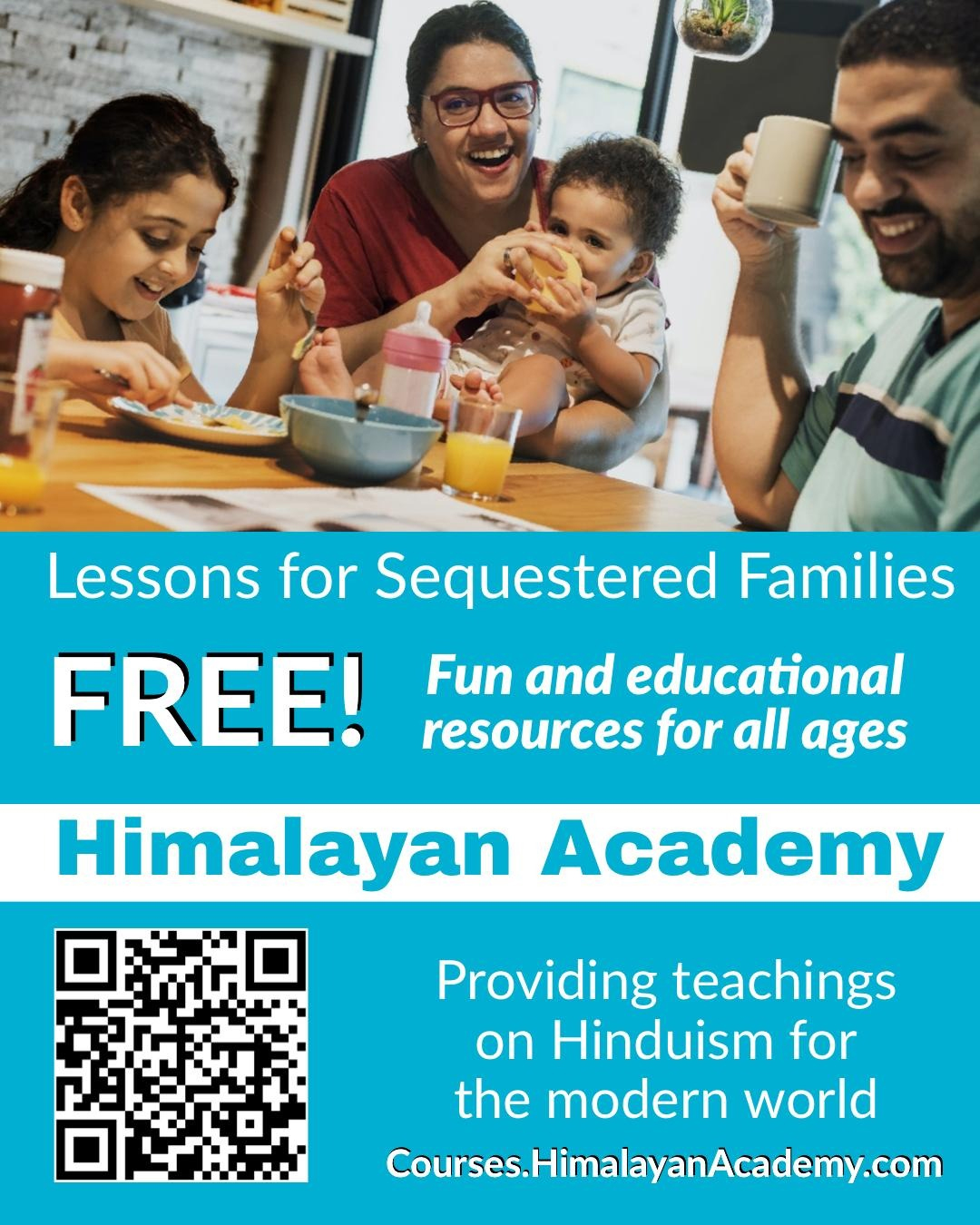 This entry was posted on Monday, April 6, 2020 at 4:52 pm and is filed under Uncategorized. You can follow any responses to this entry through the RSS 2.0 feed. You can leave a response, or trackback from your own site. 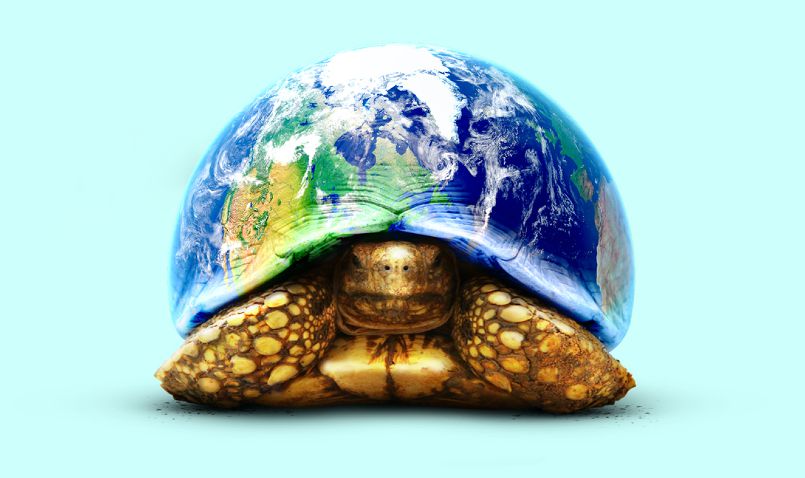 During the 9/11 attacks Gurudeva spoke to assuage the fears that arose from the senseless killings. People everywhere were thrown into the lower chakras and he urged all to not go there. Instead, he offered that this tragedy would pass. In the meantime, he said we can use this time of outer disturbance to strengthen our inner life and sadhana. Dive deeply within, where we are perfect, calm, fearless. Now the entire globe faces another crisis. It is rare for every household in every township in every nation to be thinking about the same thing, isolating in the same way. It is a shared humanity that arches above differences and touches each one in exactly the same way. It may even have the power to change us as a species, for the better.

In Living with Siva Gurudeva speaks of protection in the home (where many are now secluded):

"When the devas within your home see you performing your sadhana each day, they give you psychic protection. They hover around you and keep away the extraneous thought forms that come from the homes of your neighbors or close friends and relatives. They all mentally chant "Aum Namah Sivaya," keeping the vibration of the home alive with high thoughts and mantras so that the atmosphere is scintillating, creating for you a proper environment to delve within yourself. The fact that the devonic world is involved is one more good reason why you must choose a specific time for sadhana and religiously keep to that time each day, for you not only have an appointment with yourself but with the devas as well. ...


Feel the power of the Gods in the puja. If you don't feel them, if you are just going through ritual and don't feel anything, you are not awake. Get the most out of every experience that the temple offers, the guru offers, the devas offer, that your life's experiences, which you were born to live through, offer. In doing so, slowly the kundalini begins to loosen and imperceptibly rise into its yoga.

That's what does the yoga; it's the kundalini seeking its source, like the tree growing, always reaching up to the Sun. It is up to you to make the teachings a part of your life by working to understand each new concept as you persist in your daily religious practices. As a result, you will be able to brave the forces of the external world without being disturbed by them and fulfill your dharma in whatever walk of life you have chosen. Because your daily sadhana has regulated your nerve system, the quality of your work in the world will improve, and your mood in performing it will be confident and serene. When your sadhana takes hold, you may experience a profound calmness within yourself. This calmness that you experience as a result of your meditation is called Satchidananda, the natural state of the mind. To arrive at that state, the instinctive energies have been lifted to the heart chakra and beyond, and the mind has become absolutely quiet. This is because you are not using your memory faculty. You are not using your reason faculty. You are not trying to move the forces of the world with your willpower faculty. You are simply resting within yourself.

This entry was posted on Thursday, March 19, 2020 at 5:54 pm and is filed under Uncategorized. You can follow any responses to this entry through the RSS 2.0 feed. You can leave a response, or trackback from your own site. 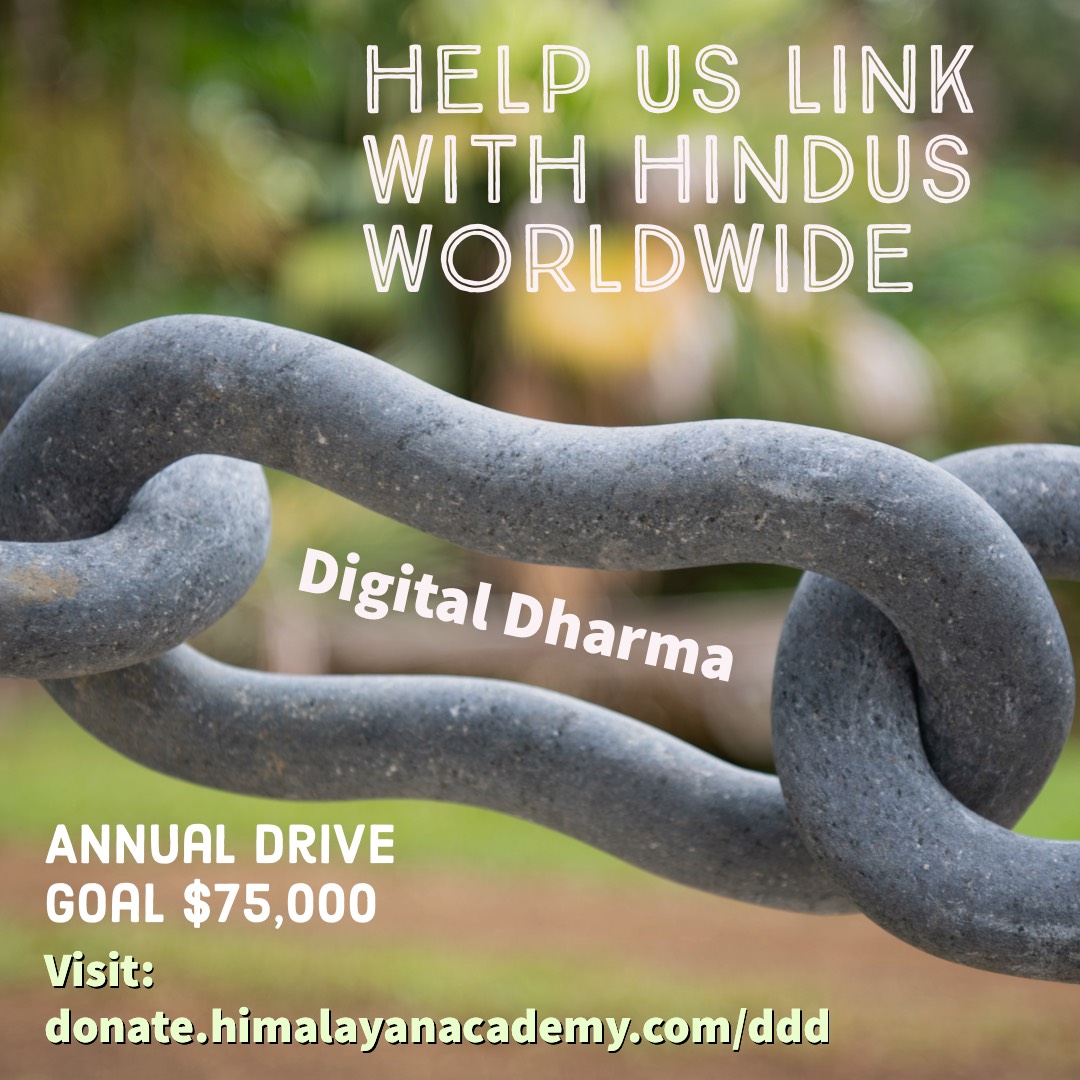 This entry was posted on Friday, November 29, 2019 at 3:52 pm and is filed under Uncategorized. You can follow any responses to this entry through the RSS 2.0 feed. You can leave a response, or trackback from your own site. 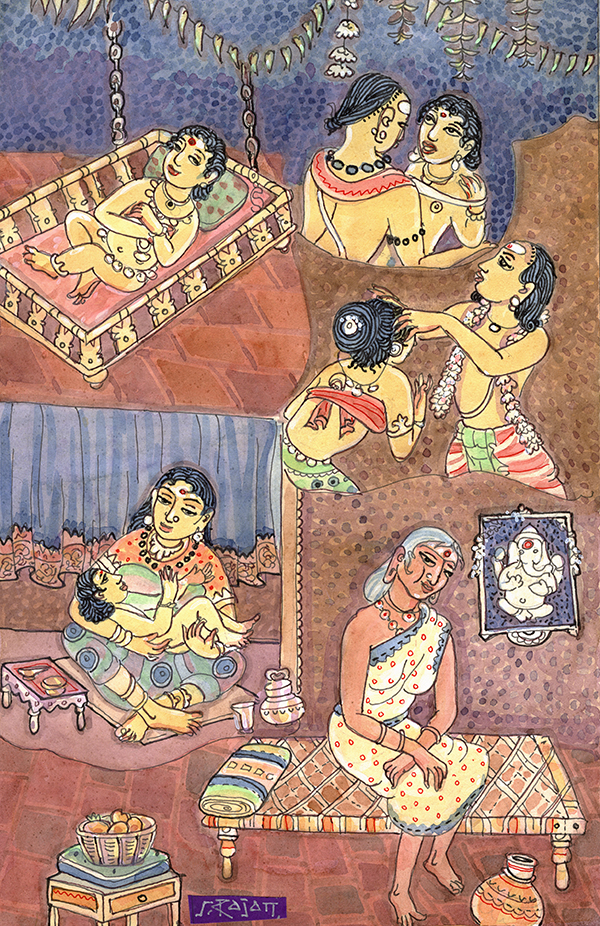 KURAL 41
He alone may be called a householder who supports students, elders and renunciates pursuing well their good paths.

KURAL 42
The virtuous householder supports the needs of renunciates, ancestors and the poor.

KURAL 43
The foremost duty of family life is to serve duly these five: God, guests, kindred, ancestors and oneself.

KURAL 44
The posterity of householders who gather wealth without misdeeds and share meals without miserliness will never perish.

KURAL 45
When family life possesses love and virtue, it has found both its essence and fruition.

KURAL 46
If a man masters the duties of married life, what further merits could monkhood offer him?

KURAL 47
Among those who strive for liberation, the foremost are they who live the blessed state of family life as it should be lived.

KURAL 48
The householder dedicated to duty and to aiding ascetics on their path of penance endures more than they do.

This entry was posted on Sunday, August 18, 2019 at 3:55 pm and is filed under Uncategorized. You can follow any responses to this entry through the RSS 2.0 feed. You can leave a response, or trackback from your own site.

KURAL 21
The Scriptures exalt above every other good the greatness of virtuous renunciates.

KURAL 22
Attempting to speak of the renunciate’s magnitude is like numbering all the human multitudes who have ever died.

KURAL 23
Behold those who have weighed the dual nature of things and followed the renunciate’s way. Their greatness illumines the world.

KURAL 24
He whose firm will, wisdom’s goading hook, controls his five senses is a seed that will flourish in the fields of Heaven.

KURAL 25
Such is the power of those who subdue the five senses, that even Indra, sovereign of spacious Heaven’s celestials, suffered their curse.

KURAL 27
Touch, taste, sight, smell and hearing are the senses—he who controls these five magically controls the world.

KURAL 28
Their own subtle sayings reveal to the world the greatness of men whose words prove prophetic.

KURAL 29
It is impossible to endure, even for a second, the wrath of those who have scaled and stand upon the mountain called virtue.

KURAL 30
Pious men are called the priestly ones, for they are clothed in robes of compassion for all life.

This entry was posted on Sunday, July 28, 2019 at 5:04 pm and is filed under Uncategorized. You can follow any responses to this entry through the RSS 2.0 feed. You can leave a response, or trackback from your own site. 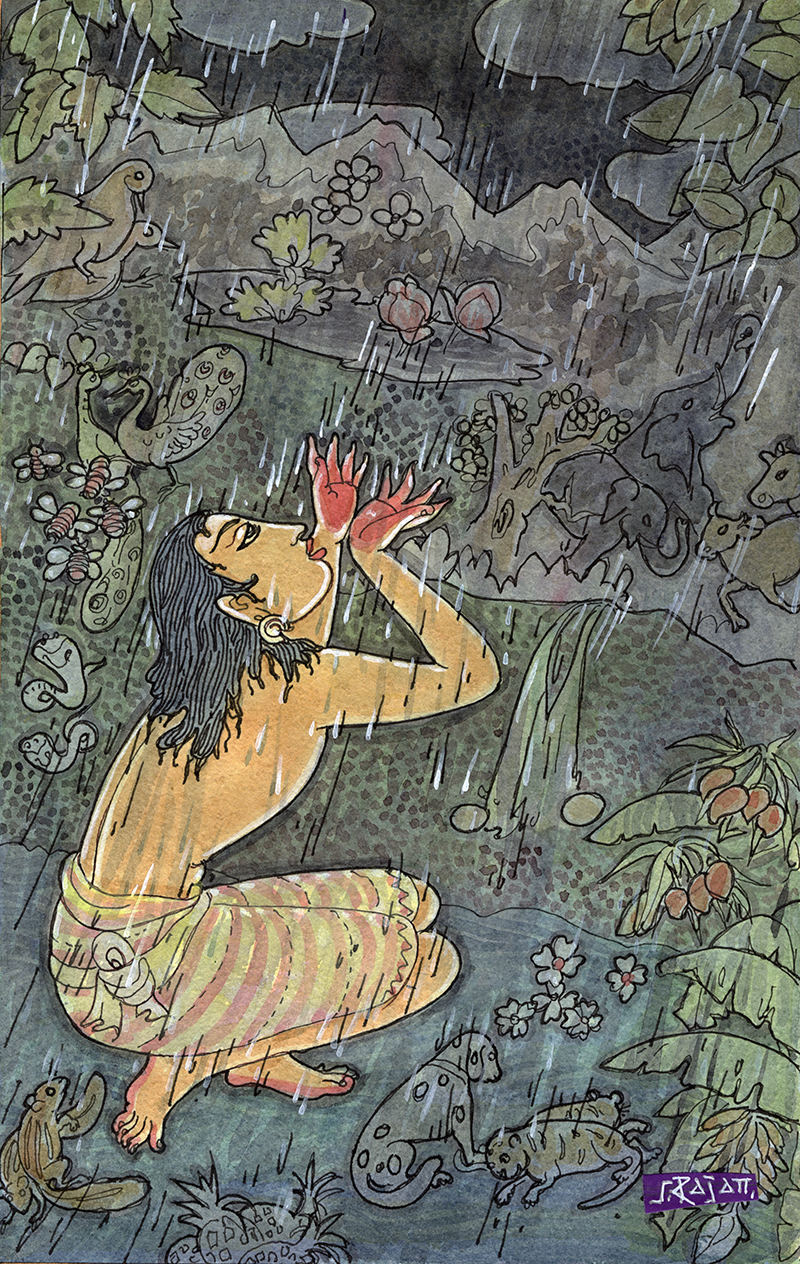 KURAL 11
It is the unfailing fall of rain that sustains the world. Therefore, look upon rain as the nectar of life.

Rain produces man’s wholesome food; and rain itself forms part of his food besides.

KURAL 13
Though oceanic waters surround it, the world will be deluged by hunger’s hardships if the billowing clouds betray us.

KURAL 14
When clouds withhold their watery wealth, farmers cease to ply their plows.

KURAL 15
It is rain that ruins, and it is rain again that raises up those it has ruined.

KURAL 16
Unless raindrops fall from the sky, not a blade of green grass will rise from the earth.

KURAL 17
The very nature of oceans, though vast, would diminish if clouds ceased to take up water and replenish rain’s gifts.

KURAL 18
Should the heavens dry up, worship here of the heavenly ones in festivals and daily rites would wither.

KURAL 19
Unless the heavens grant their gifts, neither the giver’s generosity nor the ascetic’s detachment will grace this wide world.

This entry was posted on Friday, July 5, 2019 at 5:08 pm and is filed under Uncategorized. You can follow any responses to this entry through the RSS 2.0 feed. You can leave a response, or trackback from your own site. 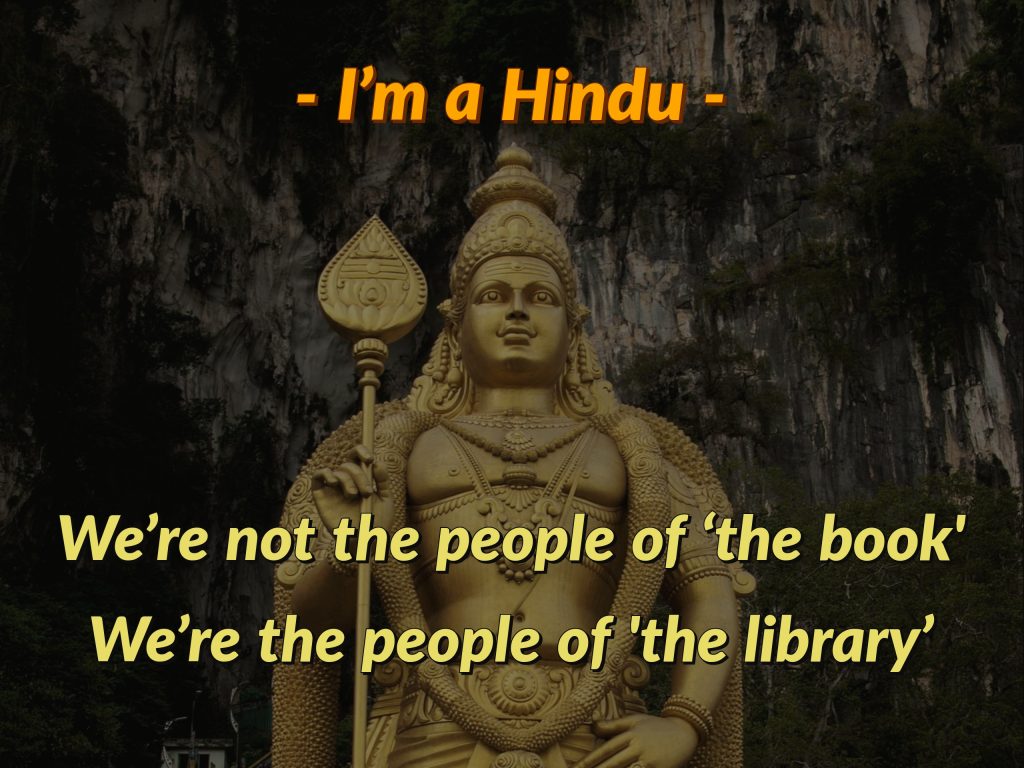 This entry was posted on Thursday, February 7, 2019 at 12:35 pm and is filed under Uncategorized. You can follow any responses to this entry through the RSS 2.0 feed. You can leave a response, or trackback from your own site.