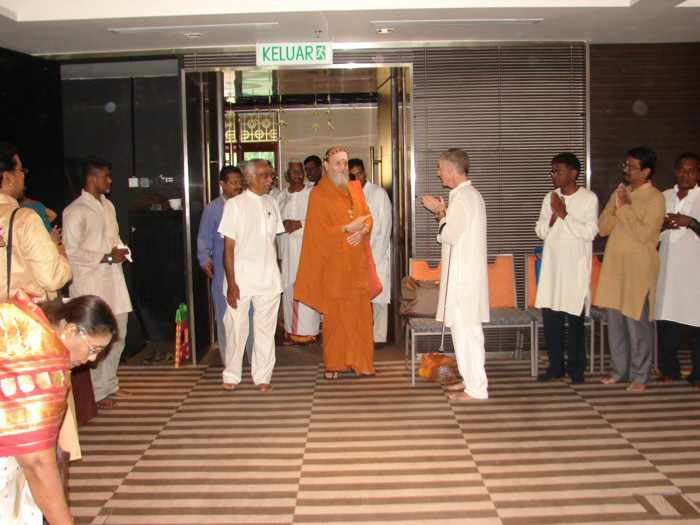 A sishya writes-- We were blessed to have spent the whole day with Satguru at the Pullman Hotel, Putrajaya, Malaysia...
The 1 day seminar had 4 different sessions on Practising Hinduism, My friend Lord Ganesha, Colour meditation and Letting go of past and future..
Each session was accompanied by Satguru's videos on these subjects followed by question and answer session with Satguru..
We had a short walk to the man-made lake located in the hotel itself...simple and satisfying lunch....chats...laughter...
After lunch, Shanmuganathaswami conducted the session colour meditation, filled with humour and jokes...
Upon leaving, all of us definitely felt rejuvinated, spiritually uplifted...I personally felt so light...and heavenly...just by being around my Satguru!

This entry was posted on Monday, May 20, 2013 at 6:31 pm and is filed under Travel Missions. You can follow any responses to this entry through the RSS 2.0 feed. You can skip to the end and leave a response. Pinging is currently not allowed.