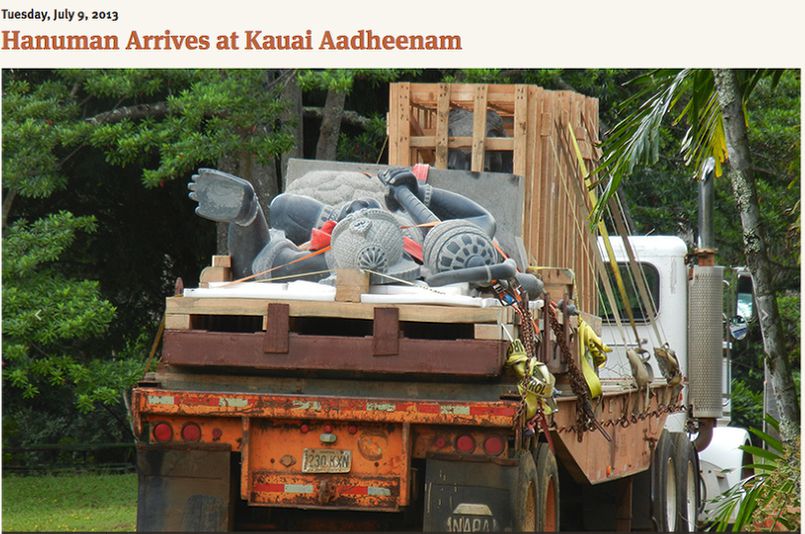 After a 9,000 mile sea voyage, Hanuman reach the Kauai shores and was brought up the hill on July 9, 2013. He was carefully taken down from the truck and laid in a display area on the Northwest corner of Iraivan Temple. The elephants arrived on the same truck, eager to get out of their shipping cages and move about. Hanuman would sit here in this spot for over three years. He thought he was waiting to be installed, to go from this on-my-back resting position, to the upright stance for which he was designed. But that was not what happened, as Chapter Three reveals.
Post Views: 253

This entry was posted on Tuesday, July 10, 2018 at 2:25 am and is filed under Monastery. You can follow any responses to this entry through the RSS 2.0 feed. You can leave a response, or trackback from your own site.