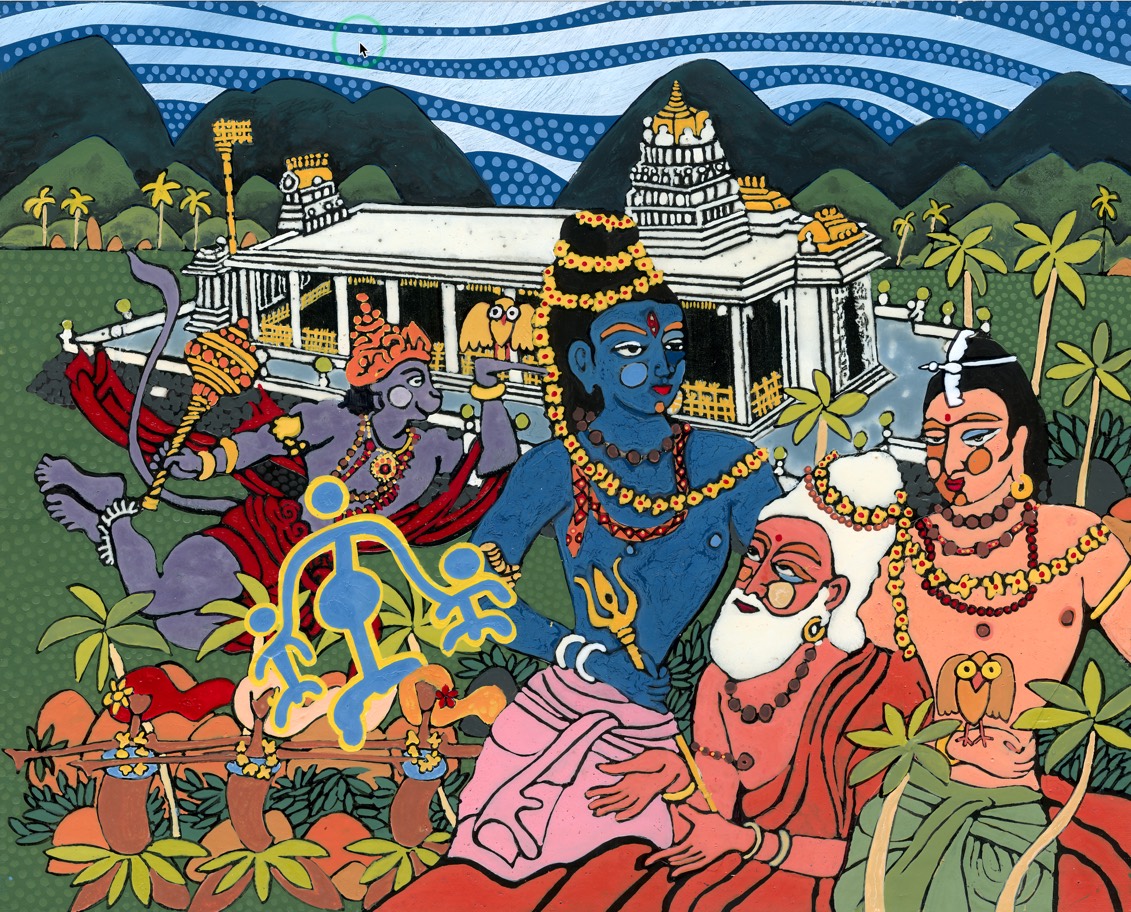 “Because it is relatively free from mistaken doctrines, the Hindu approach to life—and the Hindu approach to time and the Hindu approach to worry, and the Hindu approach to the subconscious mind—is very different from the Western approach. The Hindu knows that he is evolving through a succession of lives on the planet, and he is not in a hurry. The devout Hindu accumulates little karma, because his subconscious is constantly being brought current by the worship of the Gods. Thus, karma is controlled. The Hindu looks at religion as the most joyous expression life can offer. The Hindu considers all of mankind his brothers and sisters, all created by the same Creator, all destined to the same attainment. ¶When he visits the temple, he is seeking to understand the minds of the Gods, seeking their blessings and their guidance. He stands before the Deity in humble awe of the grandeur of a world he can only partially conceive. He inwardly tries to sense the Deity. If he is even slightly clairvoyant, he may see the Deity overshadow the image within the sanctum. At first he may see the image appear to move, thinking it his own imagination. He may observe the expression on the Deity change from day to day and from hour to hour. He may become aware of the Deity’s influence in his life and awaken a love for the Gods whom he once only vaguely thought were plausible. ¶The Hindu is not an existentialist. He does not believe that God is unknowable. He does not believe in the dismal fate of mankind alone in the universe, with only himself to depend upon. The Hindu believes that he is born with his destiny, and the patterns are set. He blends his will with the will of his religious community and with the will of the Gods in the temple, because he doesn’t have the concept of a free will that is answerable to neither man nor God. ¶Belief is a pattern placed within the mind for a particular purpose, so that awareness will flow through that particular pattern for the rest of the person’s life. Generally, the pattern is put into the mind of a child before he is thinking for himself, or your friends or family or teachers will put beliefs in your mind. You will say, “Yes, I believe that,” without actually thinking it out for yourself. It is from our beliefs that our attitudes arise. Your individual awareness, your ability to be aware, has no way of functioning unless there are patterns within the mind for the prāṇas to flow through and around. You have to have a mind to work through. ¶First there are beliefs, and then attitudes. In the Hindu home and culture, beliefs and attitudes are taught very carefully and systematically, with love and attention, so that the individual becomes a productive member of the community even before leaving home. Those first mind impressions are important, and if they are correct and not fraught with misconceptions, they will properly guide the person through life with a minimum of mental and emotional problems. The person will correct himself or herself rather than having to be corrected by society.” MWS 137

This entry was posted on Wednesday, July 3, 2019 at 3:45 pm and is filed under Temples. You can follow any responses to this entry through the RSS 2.0 feed. You can leave a response, or trackback from your own site.

4 Responses to “Worship of the Gods”