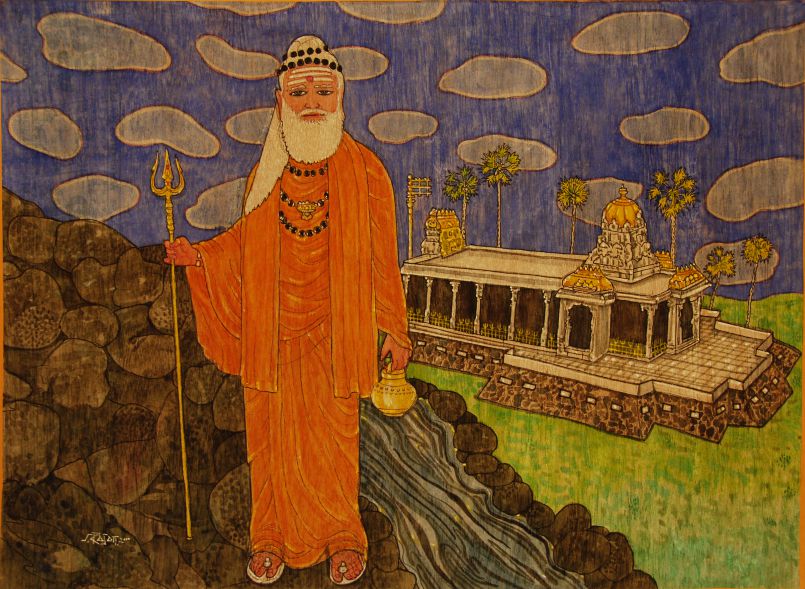 One of the visually critical parts of Iraivan Temple is in progress. As our first art work from S. Rajam shows, there is a lava rock base, a plinth, below the granite, a black-and-white contrast that will give the appearance that the entire Siva Temple is sitting on a Hawaiian lava rock base, four feet high. Of course, this is impossible, since such a base could never support the 3.5 million pounds of stone above. It is part of another concept, the coming together of India and Hawaii.

Our master artisan, Umut, is originally from Turkey, but established now as perhaps the most masterful of all stone workers in the Hawaiian islands. He is now collecting stones for the project, which will take a team of 4-6 men three to four months to complete once they begin.

Yesterday, as he was delivering the 7th of 20 loads of moss rock, we captured him on video. He said it was the first time in his life he had been filmed. We asked him to share his experience and told us off camera, "With stone of this quality, I can do the finest work of my lifetime." Just what we wanted to hear!

You can watch his brief interview below. And follow his progress in the months ahead.

This entry was posted on Friday, February 14, 2020 at 4:39 pm and is filed under Construction, Temples. You can follow any responses to this entry through the RSS 2.0 feed. You can leave a response, or trackback from your own site.