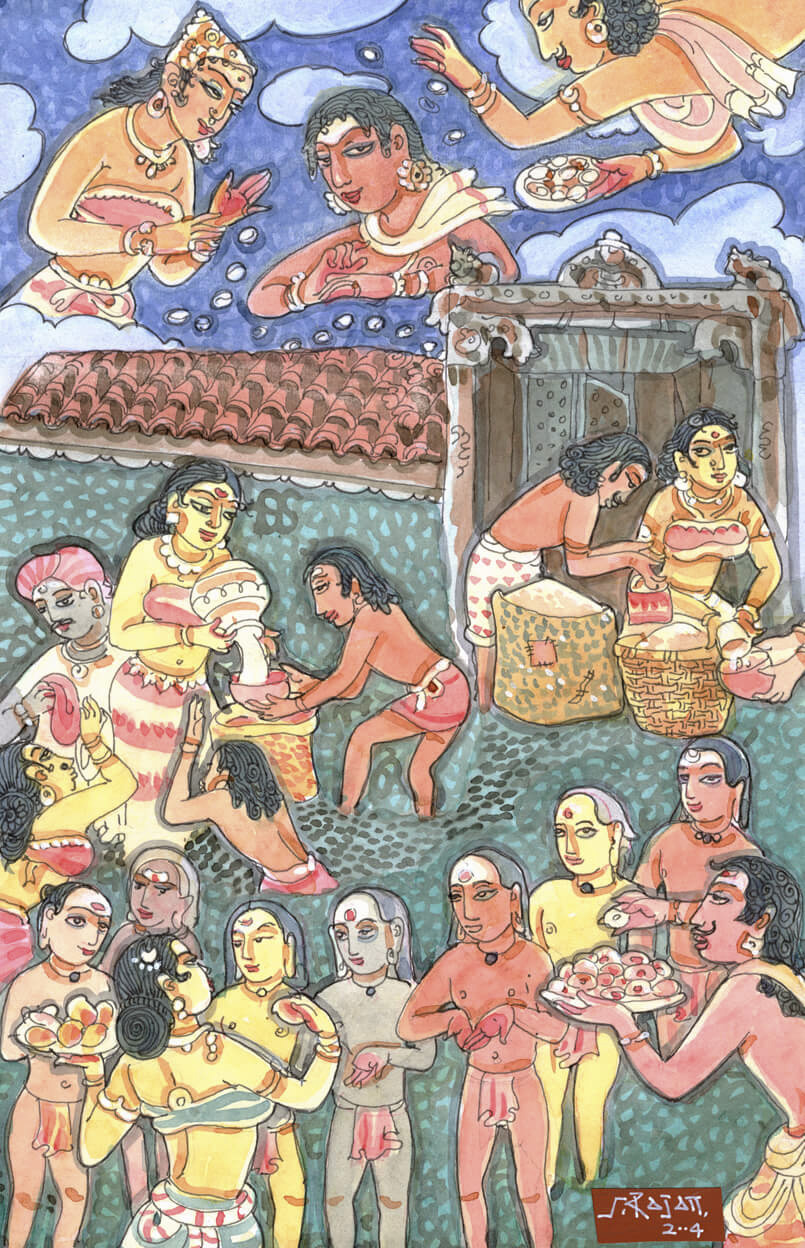 Verse 226
A rich family is seen personally feeding the poor in their home, a temple and the marketplace. They have learned that to relieve the hunger of the less fortunate is the right use of their wealth. They receive the blessings of the inner plane deities.

Giving to the poor is true charity.
All other giving expects some return.

Though some may declare it a good path, garnering gifts is bad.
Even if they say it denies one Heaven, giving gifts is good.

Men of good birth graciously give,
never uttering the wretched excuse, “I have nothing.”

How unpleasant a beggar’s pleading can become,
until one sees his face so sweetly pleased.

Relieving the ravaging hunger of the poor
is a right use for wealth men have obtained.

The fiery scourge called hunger never touches
the man who shares his daily meal with others.

Is it because they are unaware of the joys of giving
that hard-hearted men waste their wealth by hoarding it?

More bitter than even a beggar’s bread is the meal
of the miser who hoards wealth and eats alone.

There is nothing more bitter than death;
yet even death seems sweet when giving is impossible.

This entry was posted on Sunday, February 14, 2021 at 9:30 am and is filed under Publications. You can follow any responses to this entry through the RSS 2.0 feed. You can leave a response, or trackback from your own site.