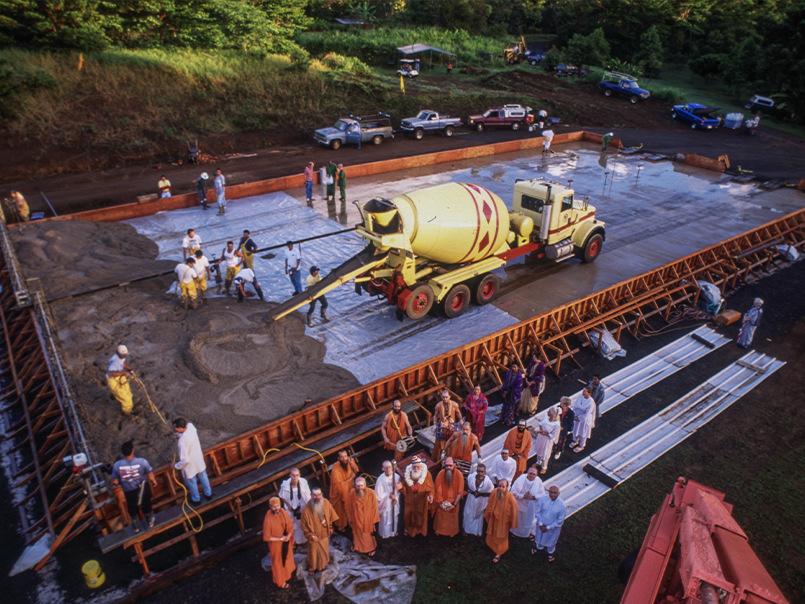 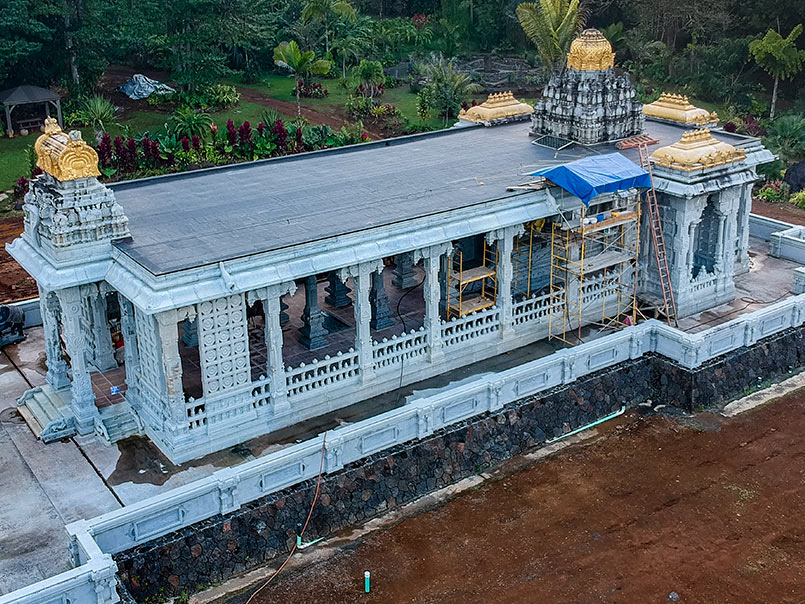 In August of 1999 the foundation of Iraivan temple was poured. At the time, the lead engineer exclaimed: “This hasn’t happened for 2,000 years! It’s historic. Not since the Greeks and Romans has such a massive placement of concrete been completed without a single crack. Not even a hairline fissure.” Dr. Mehta’s joy spread throughout Kauai’s Hindu Monastery and the island. The 117′ 6″ by 56′ by 4′ foundation weighs over 4 million pounds and took exactly 108 cement trucks to place. Founder and Satguru Sivaya Subramuniyaswami, who had declared it must last 1,000 years, now knew that it would.

This pioneering project was made of a special mix that reduces Portland cement about 40% and replaces it with the pozzelon coal fly ash. Dr. Mehta noted that this makes a superior concrete, stronger, more durable, harder and even cheaper. It’s adoption by nations and industries could radically reduce the greenhouse global warming problem, for which cement production worldwide is responsible for an astonishing six percent.

This entry was posted on Friday, May 7, 2021 at 5:27 pm and is filed under Construction, Temples. You can follow any responses to this entry through the RSS 2.0 feed. You can leave a response, or trackback from your own site.

3 Responses to “Foundation Pour Then and Now”