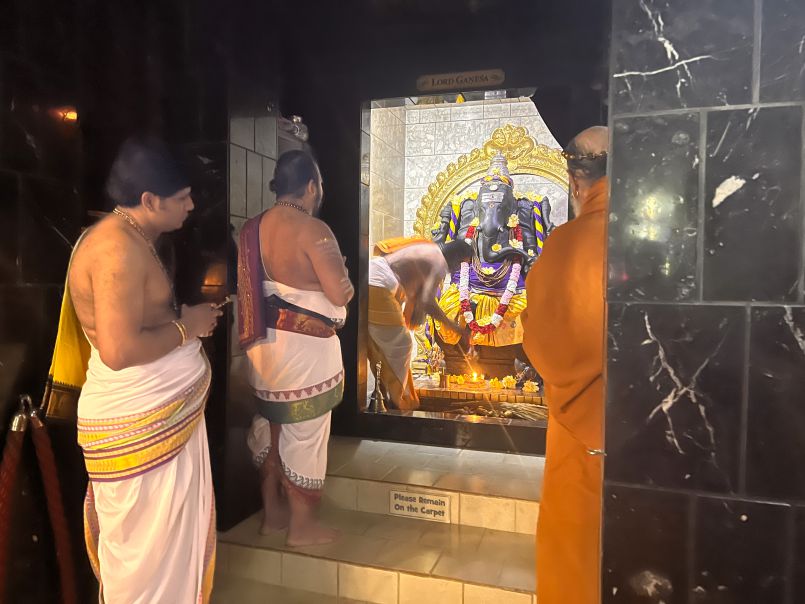 Chanting can be heard booming across the monastery today as three particularly powerfully voiced priests chant hundreds of sacred chants to begin the first day of the Kumbhabhishekam ceremony which will reintroduce the energies into Kadavul Temple's kodimaram, bali pitam and Nandi. Last September we performed a very similar ceremony to extract the energy from them into a miniature wood replica so the surrounding stone bases could be upgraded. The new bases look absolutely stunning it's hard to imagine they ever looked any other way! Today's photos just contain a teaser so you'll have to say tuned the next two days to see even more! All that stored energy will soon be reinfused into the three structures and everything will return to normal, but with even more refined power! Enjoy the photos! Aum Namah Sivaya!
Post Views: 251

This entry was posted on Monday, January 23, 2023 at 11:06 am and is filed under Festivals, Temples. You can follow any responses to this entry through the RSS 2.0 feed. You can leave a response, or trackback from your own site.